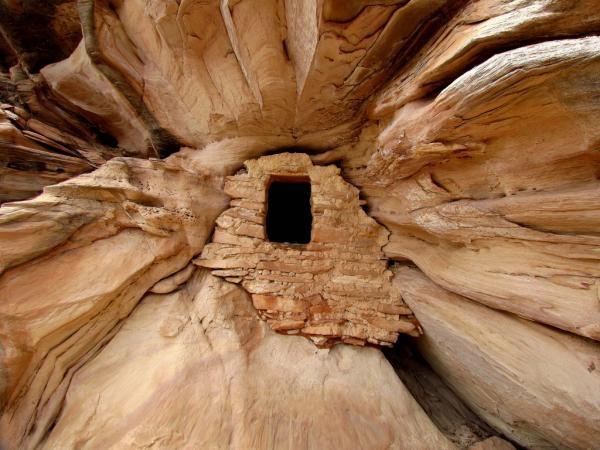 The Anasazi Pueblo People were an ancient culture of Native Americans who were believed to have lived as long ago as the 12 century BCE. These ancient peoples are known for the impressive pueblo homes, made of mud, stone, or carved into canyon walls, which are today called the Anasazi Ruins. These ruins can be found at many sites in the American Southwest, including Mesa Verde National Park, Canyon de Chelly National Monument, Dark Canyon Wilderness, and other sites predominately located in the states of Colorado, Arizona, and Utah. All of these ruins are sacred places and should be treated with respect when visited. 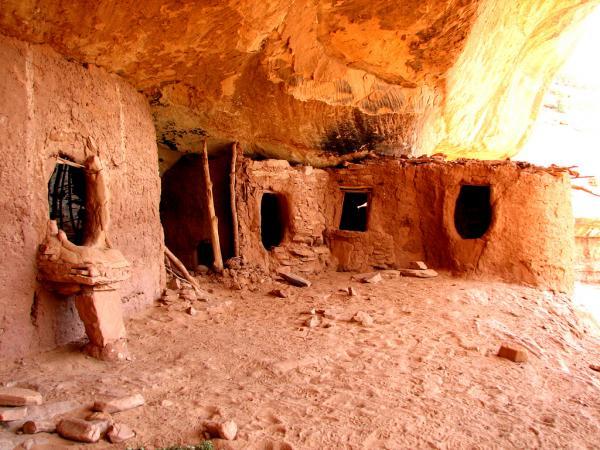 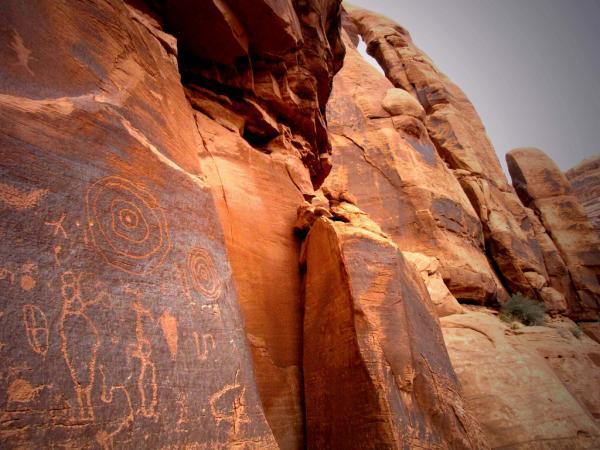 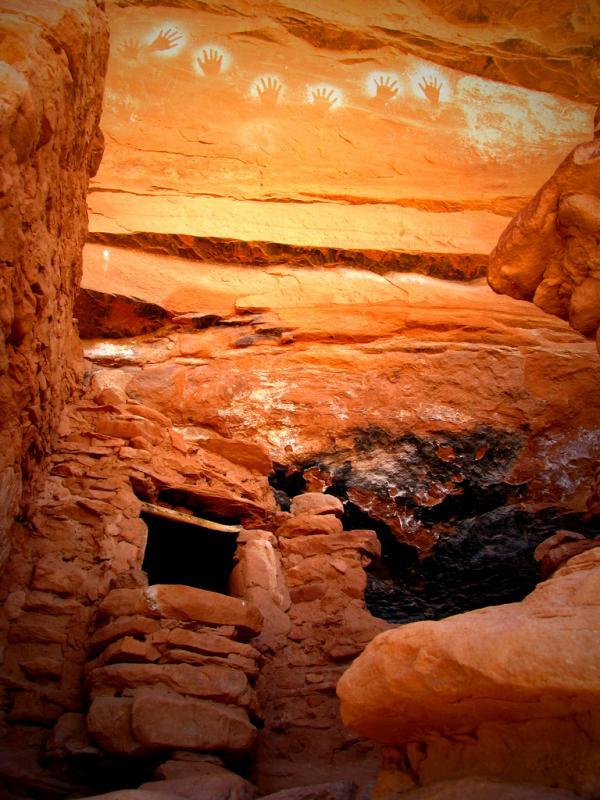 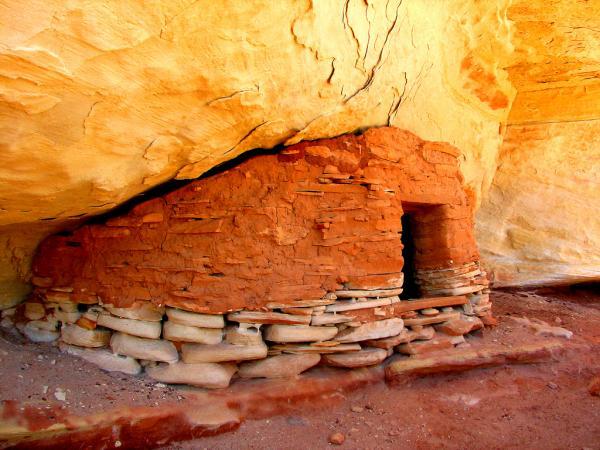 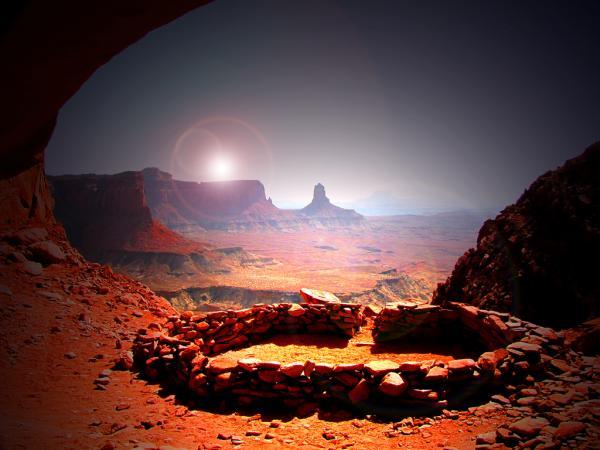 False kiva island in the sky 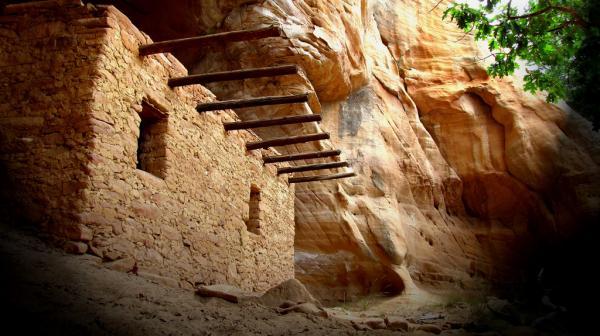 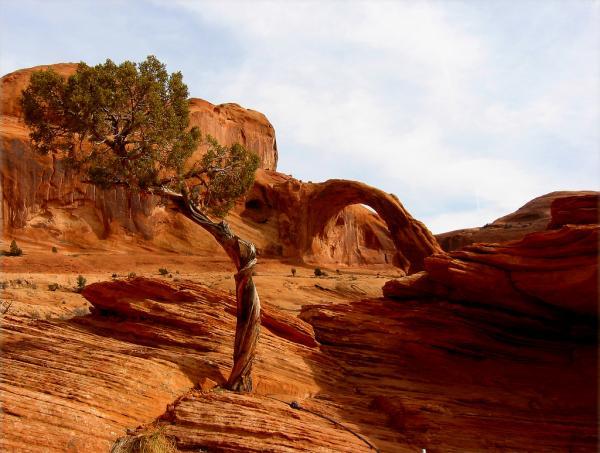 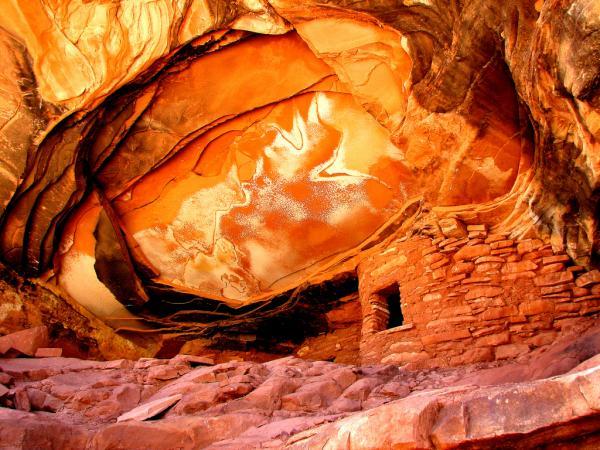 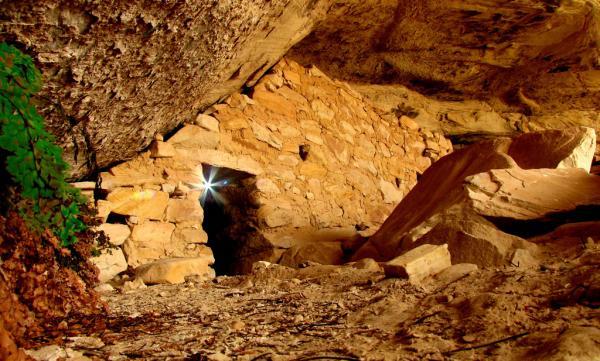 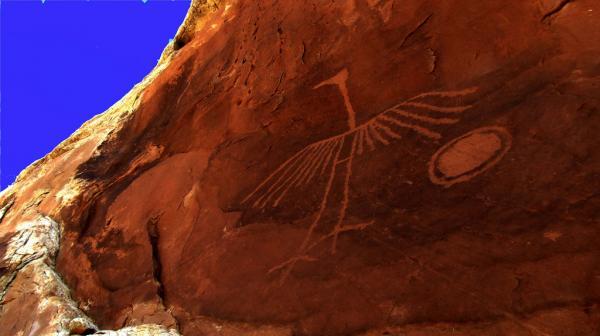 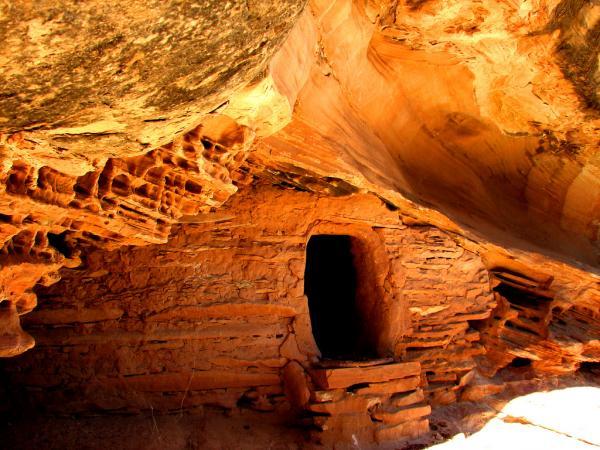 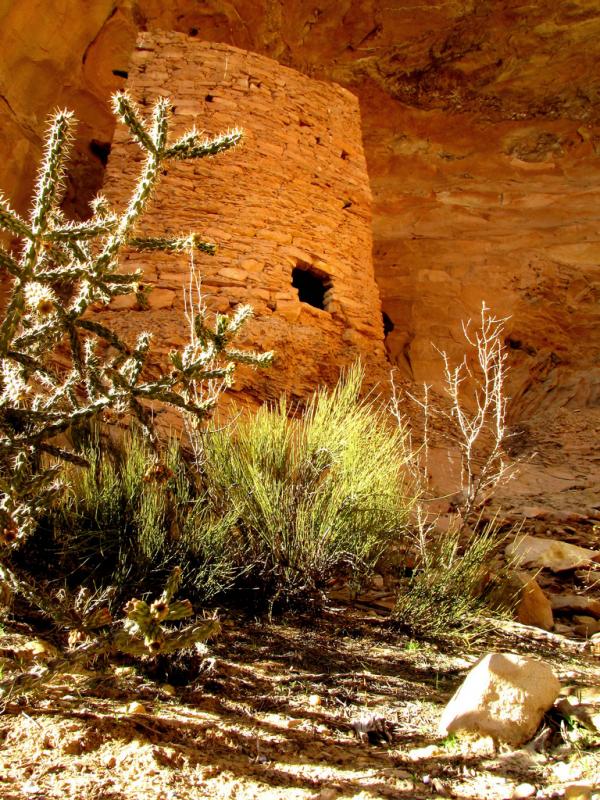 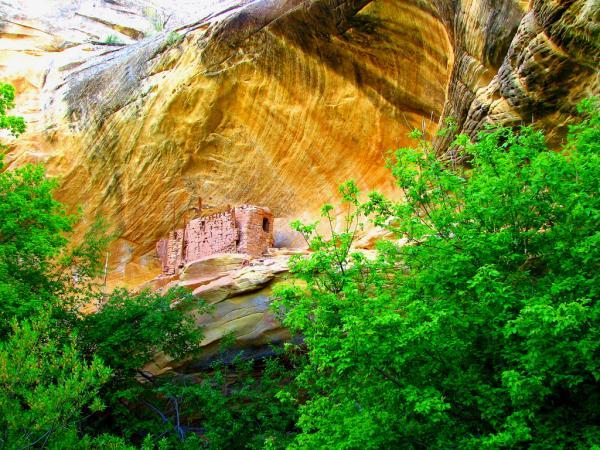 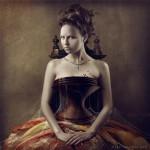