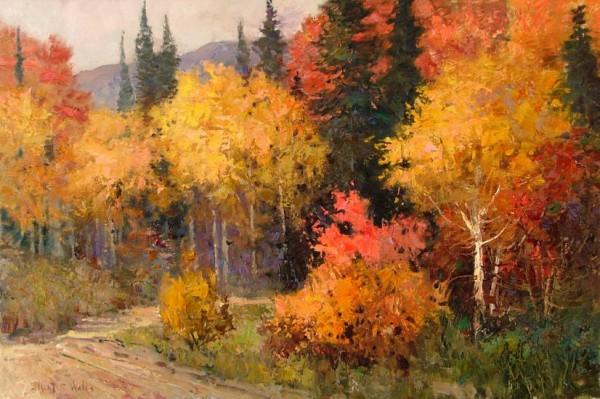 Born in 1945, in Ogden, Utah, Kent R, Walls received his Bachelors’ and Masters’ degrees from Utah State University in Business Administration in 1969.

After which he was employed by the B. F. Goodrich Company in Akron, Ohio. He worked for six years in the fields of marketing and finance. During that 6-year experience, personal feelings kept reoccuring that his career was not fulfilling his creative needs. With his sense of frustration growing, in January of 1975 he renewed an old hobby that had been abandoned years earlier but which he had enjoyed during his young life–drawing and painting. He did so in an effort to sharpen his creative faculties and give more purpose to his free time.

Within six months, Kent felt driven to paint, not as the hobbyist does, but as one who must say something important through this creative medium. He moved his family to Logan, Utah, and opened an artist supply store to allow him to spend his full time and energies painting.

Kent Wallis is currently a member of the prestigious Society of American Impressionists, as well as the Society of Plein Air Painters of America. 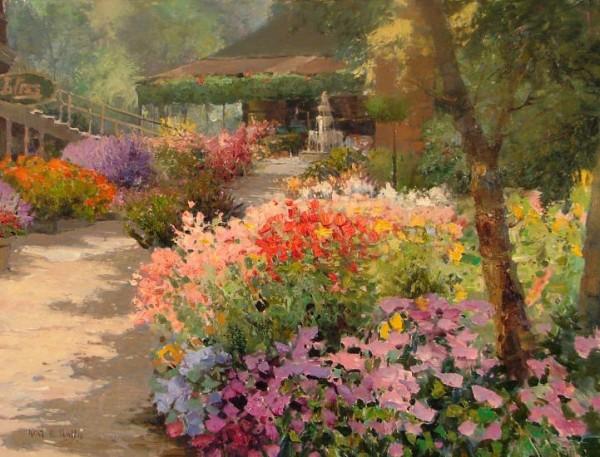 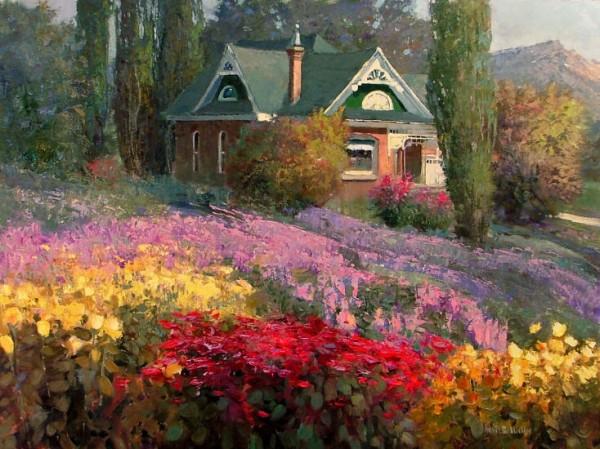 krw bend in the road 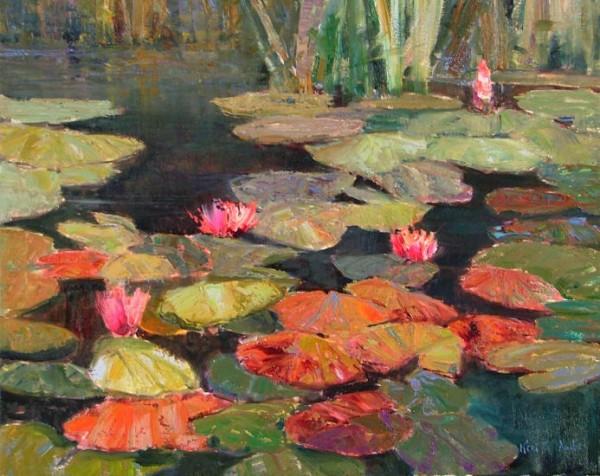 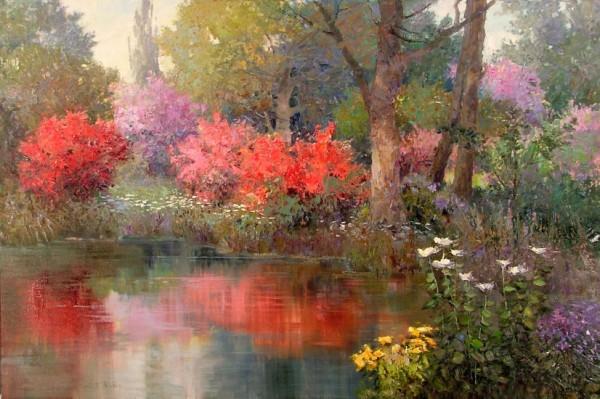 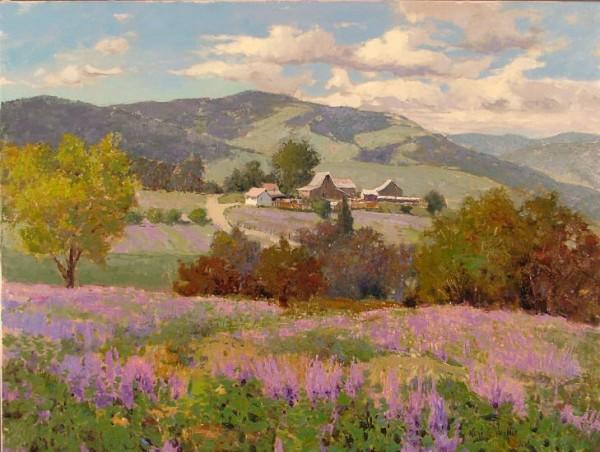 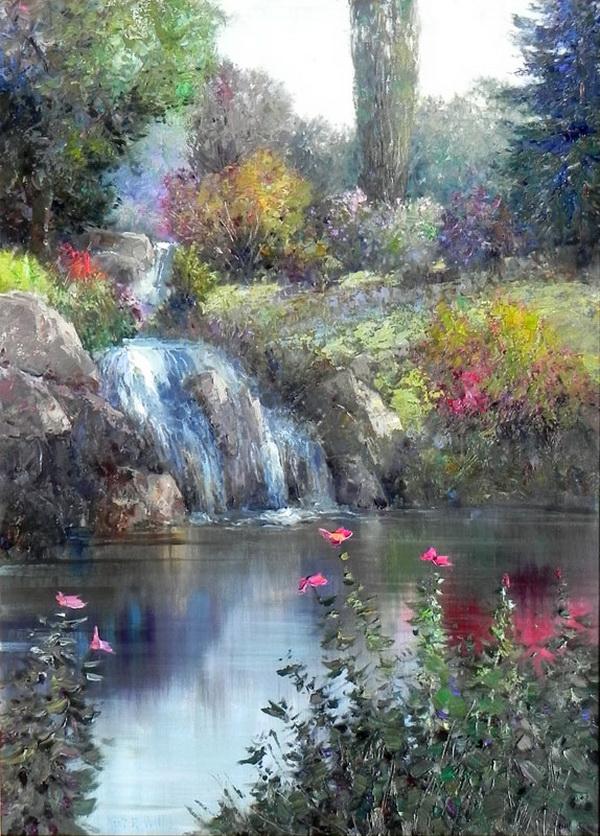 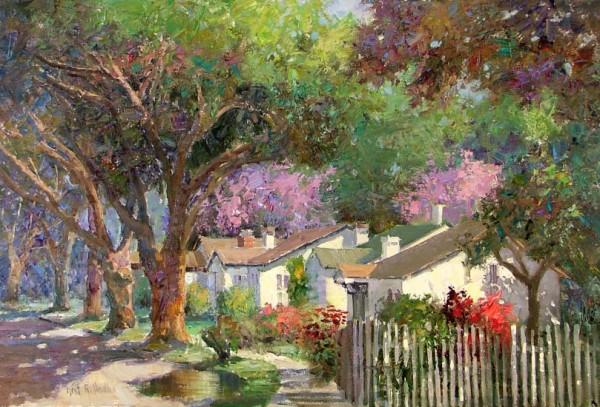 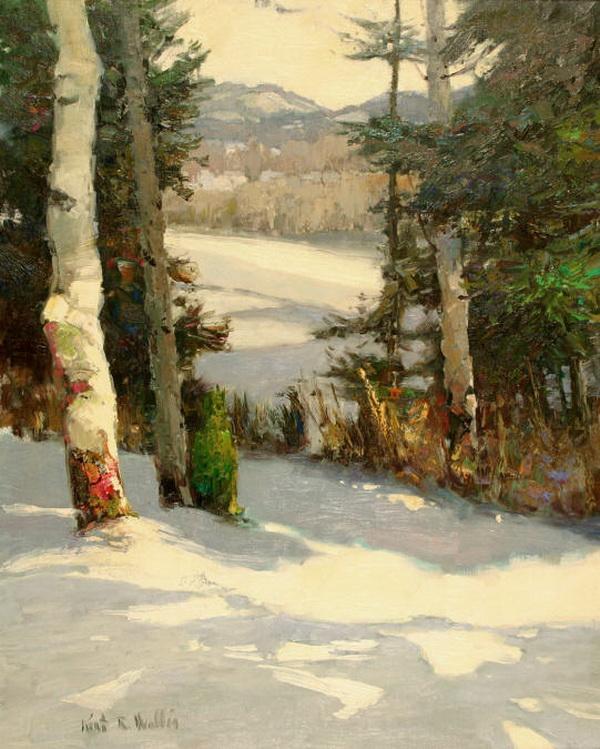 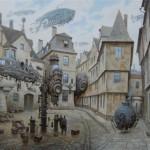