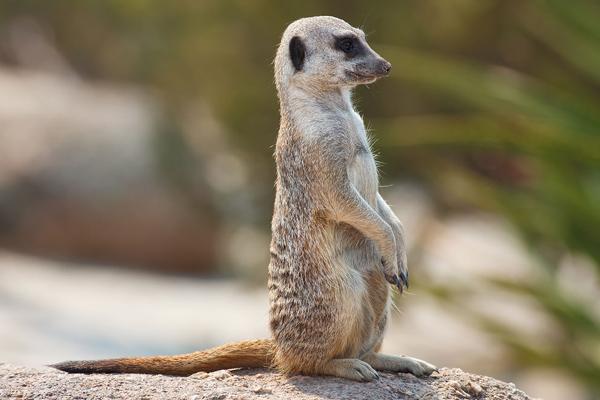 A small mammal from a mongoose family has one of the funniest and cutest ways of Sungazing. Until it faints in the heat.

Cuddly and sweet, ferocious and wild, regardless of their nature, cute animals have always been featured on favorite images, throughout the Internet and beyond. They adorn the covers of countless products, portraying the nature, appeal and user friendliness of the commodity, attracting potential buyers who cannot resist the adorable faces of their little furry friends.

Animals have been an inspiration for children’ toys for ages, there’s not a single grown up or a kid who doesn’t have his/hers favorite Teddy bear, bunny or puppies from the early life, and this trend only seems to increase. As science evolves, so does the toys industry, producing the beany baby species we have never had before.

Animals have been symbols of nations, making us like a country just a little bit more. Who can resist the image of a panda, koala or a kangaroo, or not feel inspired looking at the majestic lion, or the proud giraffe. Each one of us has their own favorite animal we find the most cute, and each perception of cuteness is different. But, just like in the world of humans, cute baby animals are the most beloved, the most adored and the most sought after images or buddies in the world.

Animals are innocent on their own, regardless of their nature. We cannot really blame a tiger for his choices no more than a rabbit, although he is potentially deadly. But baby animals are all an equal portrayal of utter innocence, the purity in its cutest form, the spark that makes our hearts jump with joy. When they are cubs, a baby wolf can be freely put together with a bunny, we can see a kitten cuddle with dogs, or a kangaroo hold a baby wombat in its paws, gently of course. They are the perfect picture of naivete, the blameless, harmless creatures that represent the original and sublime state we were all at when we were born, and we all continue to seek throughout our lives.

Cute animals are not just bubbles of cuteness, but the means of, however short, return to the purest condition of goodness. 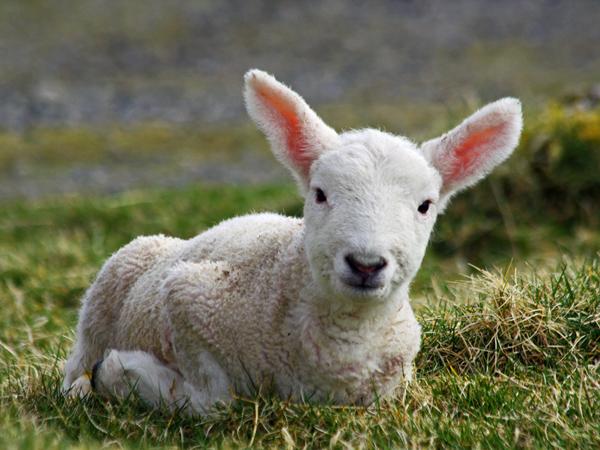 Lamb is a young sheep. Although it is widely used for food, it’s not as widely known that a lamb is one of the softest and cuddliest animals, attached to man and tame. 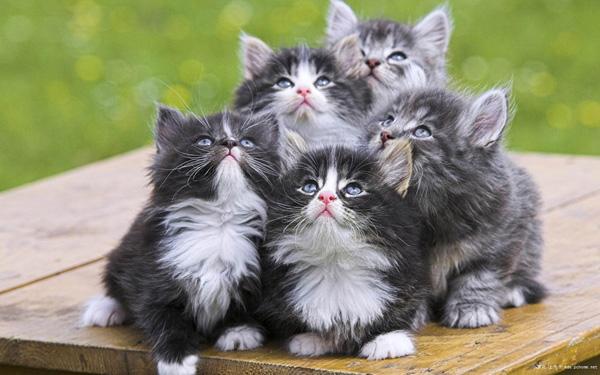 Cat is one of the favorite pets and an obsession by many cat lovers, artists and enthusiasts. There thousands of cat breeds throughout the world, all cute. The zoology branch dedicated to cats is called Felinology. 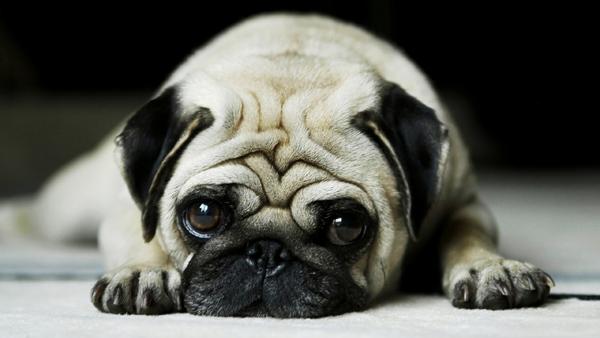 Probably the most favorite pet in the world and a man’s best friend. Among many breeds, each one of us can find a perfect companion. 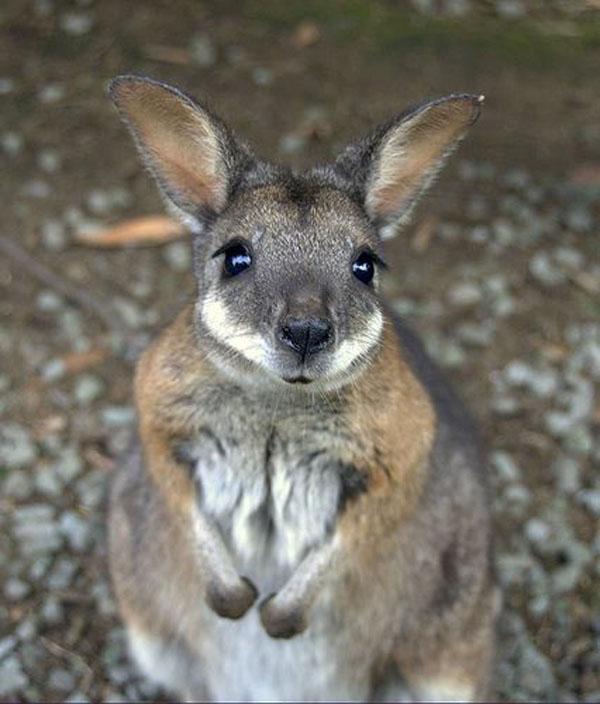 Kangaroos are indigenous animals to the continent of Australia. This is a marsupial animal, meaning the female has a pouch where she keeps her young until they are old enough to run on their own. Panda may just be the most famous endangered animal in the world. Maybe it doesn’t do kung-fu, but it sure is adorable. 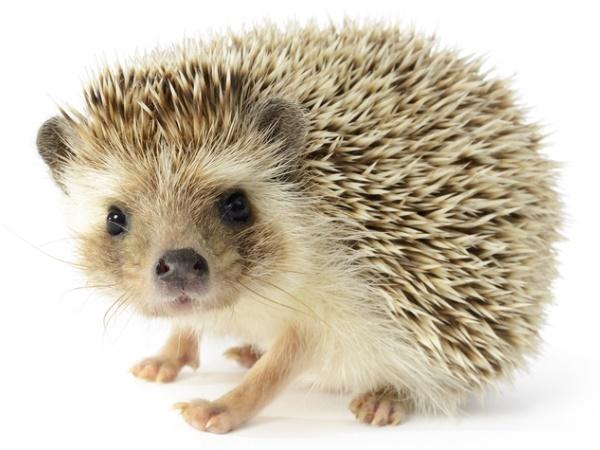 Hedgehog is not for petting! It’s an easily frightened little critter, who rounds up in a ball, with its spiky hair sticking out to protect it. It’s also one of the animals with the sweetest face ever! 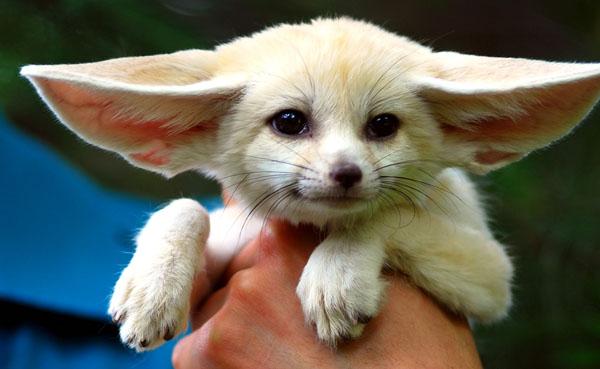 This North African miniature fox has been officially proclaimed the most adorable animal in the world. Don’t you agree? 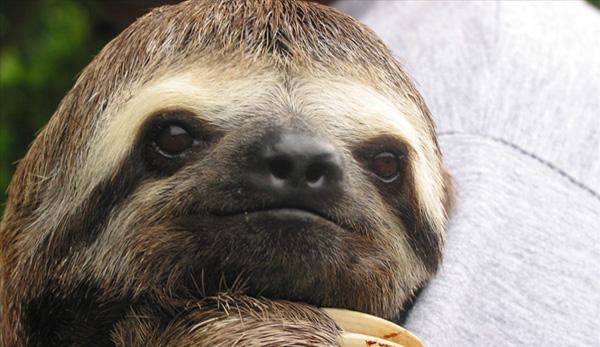 These slow and lazy anteaters have one of the most disarming facial expression in the whole animal kingdom. 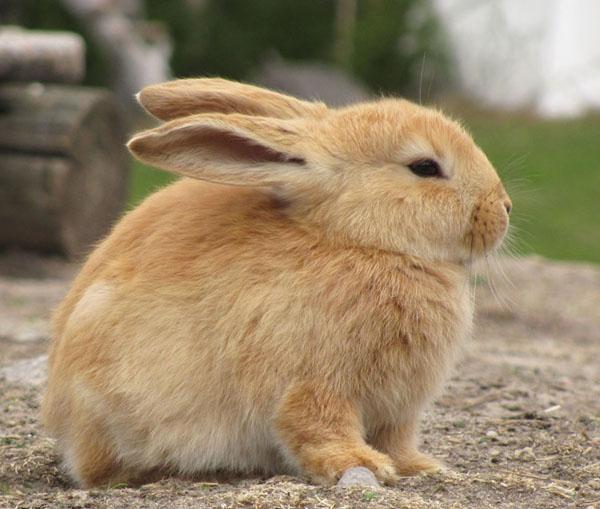 Bunnies have always been related to kids. Although notorious in some countries, they are soft, cuddly and timid, they make great pets. 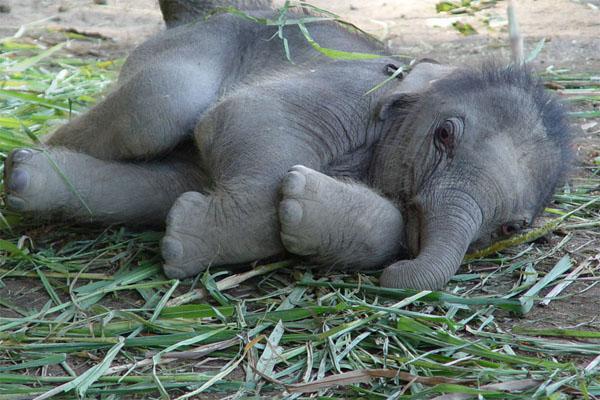 They are usually not seen as cute, but anyone who has ever seen a baby elephant walk, drink or do just about anything will beg to differ. 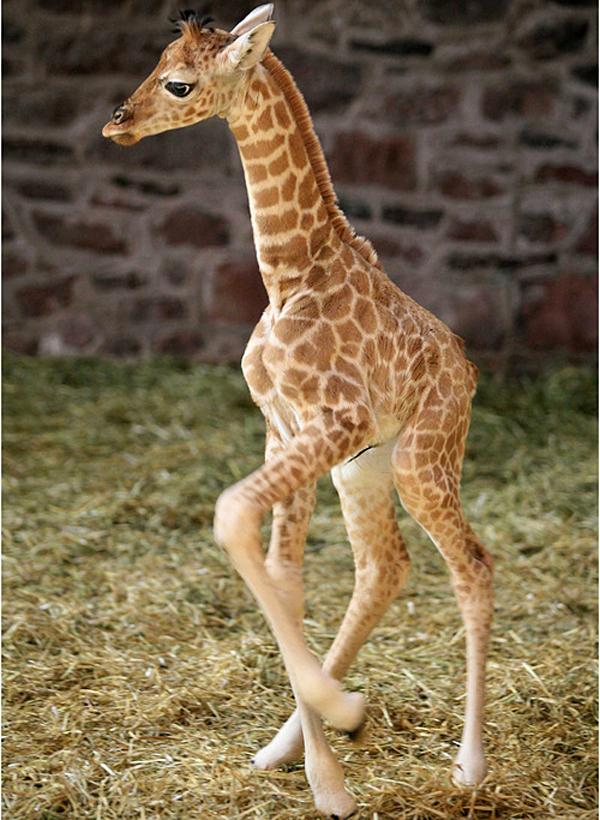 Giraffe is one of the most reproduced animals in toy world. It’s also one of the most emotional and easily stressed animals, so the watchers must never come to close, as it can be dangerous for both them, and the giraffe. Playful and tiny, squirrel is common in the woods, but also city parks. It likes nuts, but it gets scared easily and runs very fast. Remember Chip n’ Dale? Who can resist a seal with those big, round eyes? It’s hard, but the seals are not pets! Funny, seemingly clumsy birds that don’t fly, but actually great fish hunters and very socially conscious animals. Baby penguins are well taken care of by their parents until they grow up. One of the most endangered species, losing its habitat on the islands of Borneo and Sumatra. They are gentle giants with friendly faces. Beautiful animal, glorified by the iconic Bambi. The woodland creature that is the embodiment of freedom and cuteness. Tiger is officially proclaimed the most beautiful animal in the world. Looking at the albino tiger, this fact only confirms itself. Duckling is the young of a duck, not a swan. And it’s not ugly, it’s adorable!