Here is a collection of Millo’s street artworks featuring large-scale murals with combination of illustrative characters and building-block like urban buildings. The natural elements played by the characters, such as trees, earth, heart symbol, fish, reminds urban people of environments around.

In 2014 he won the B.Art competition that enabled him to paint 13 multi-story murals in the city of Turin (IT). 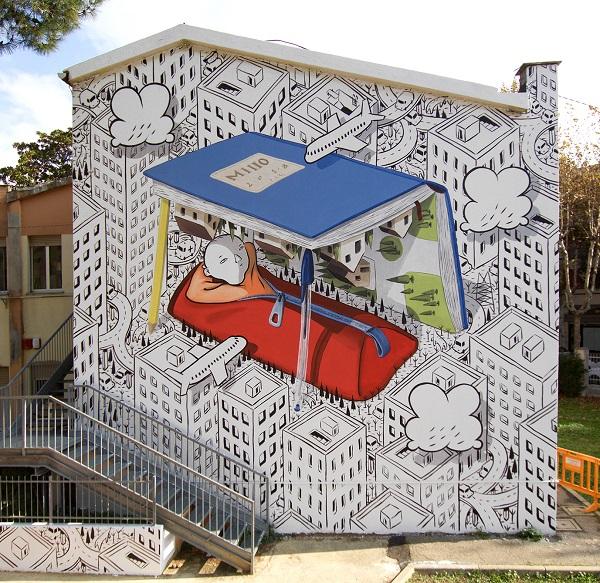 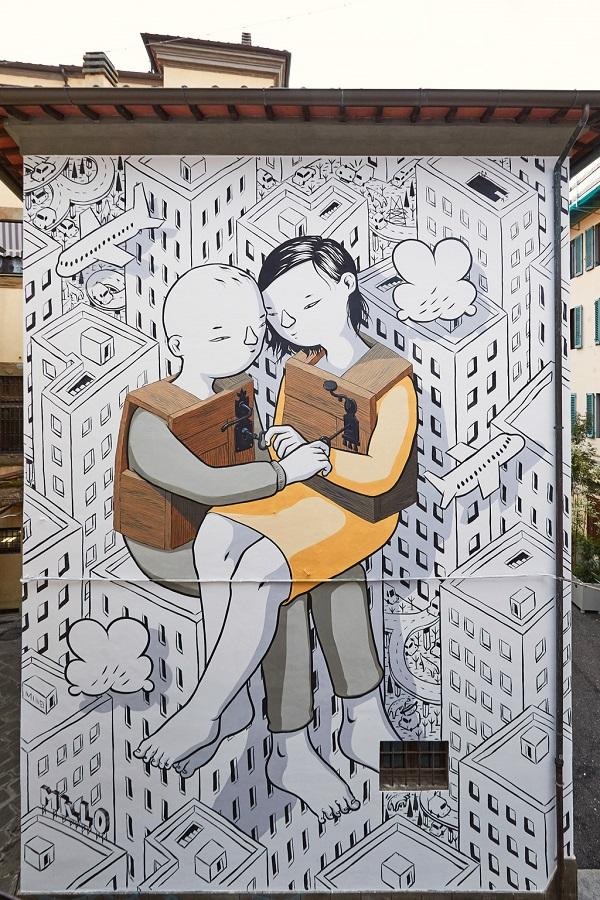 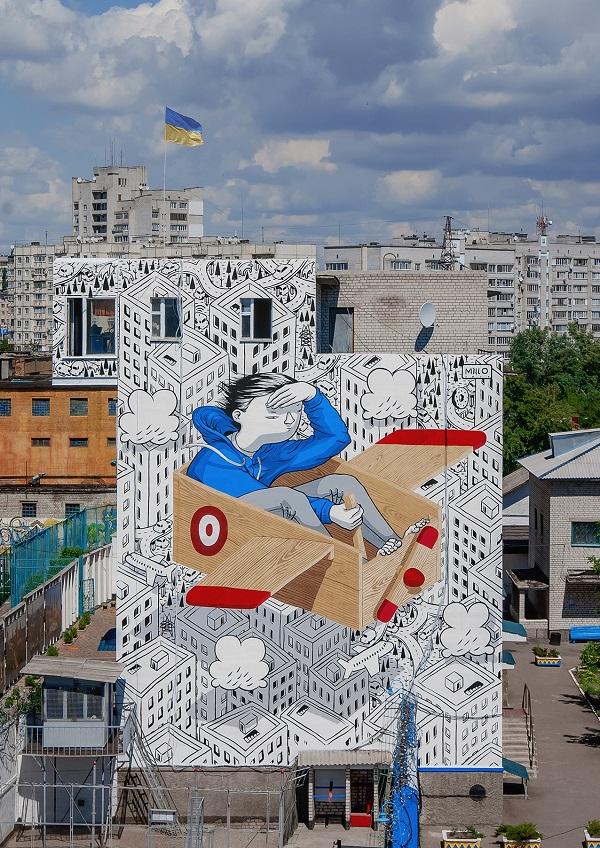 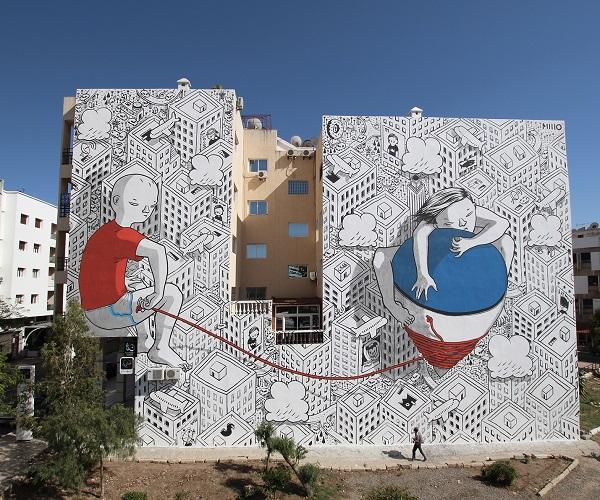 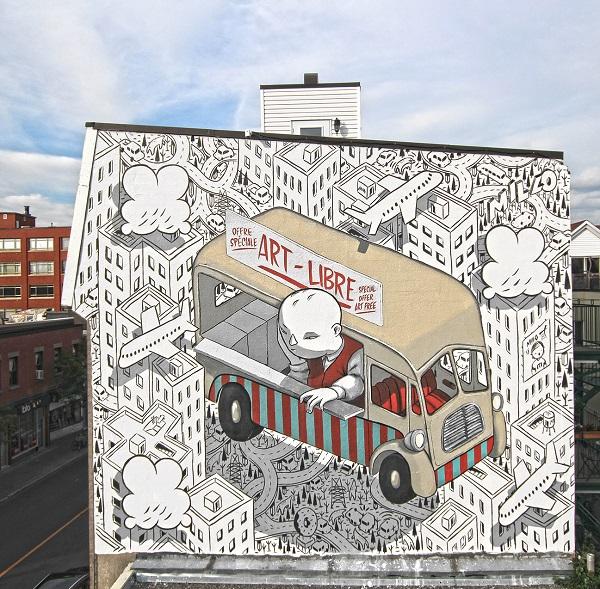 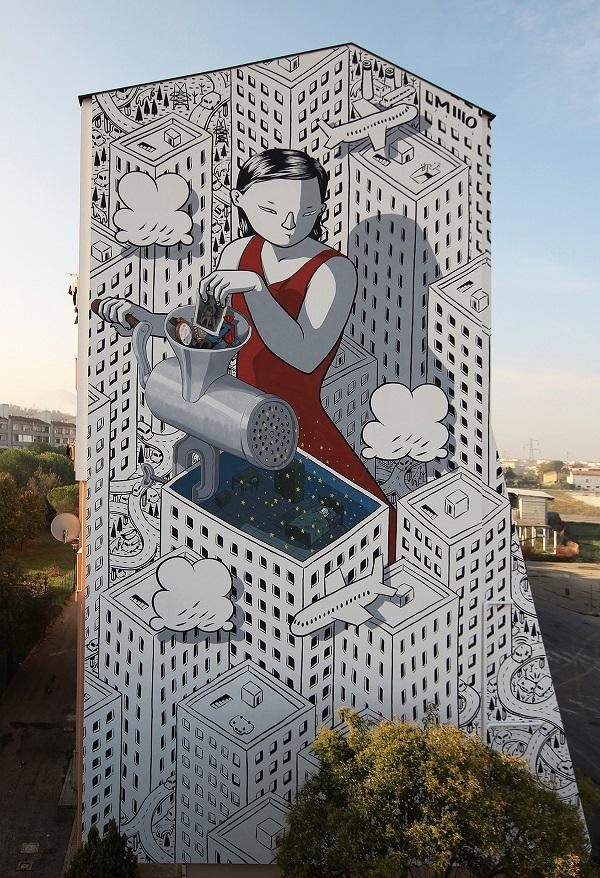 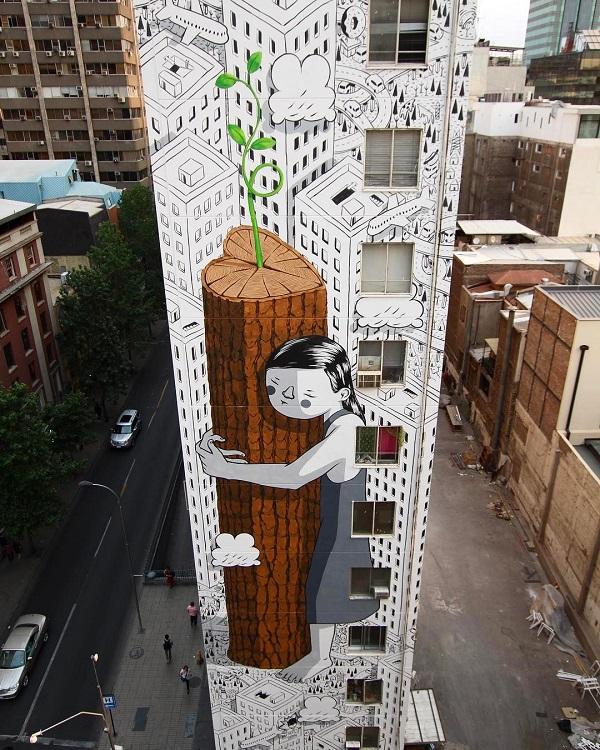 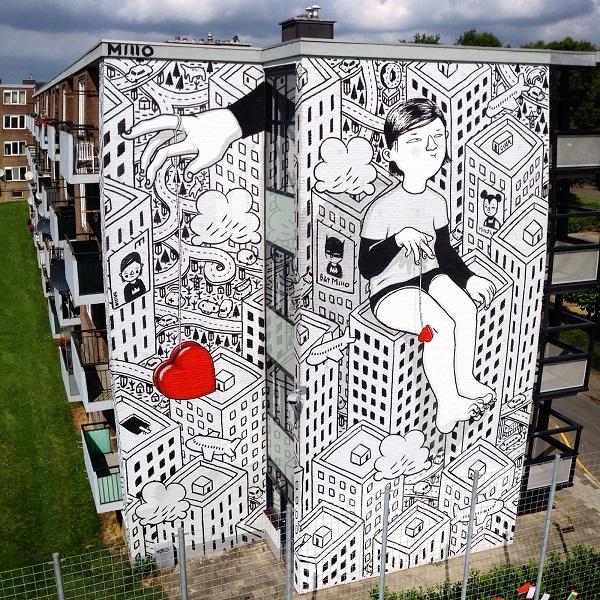 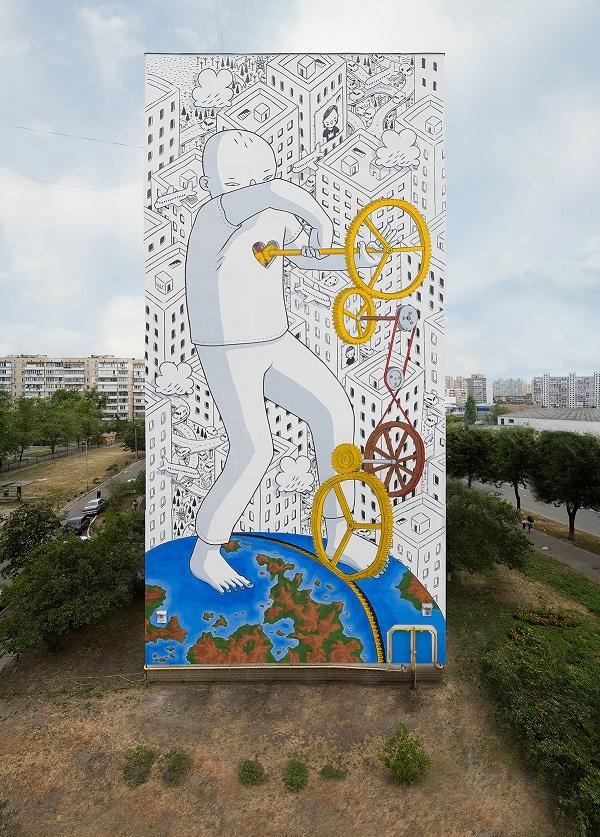 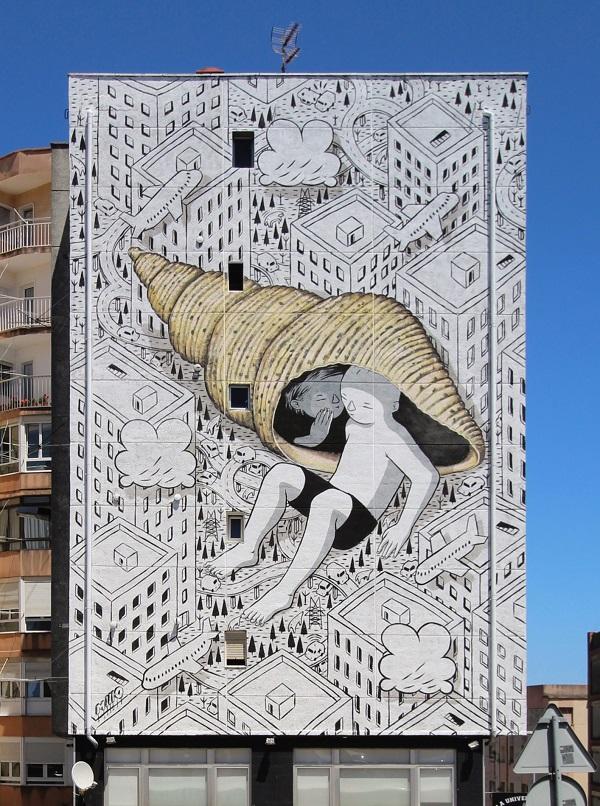 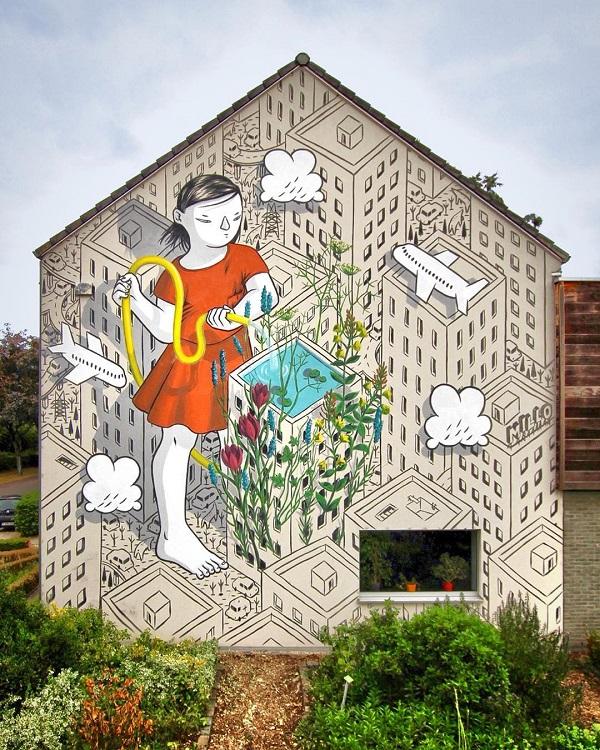 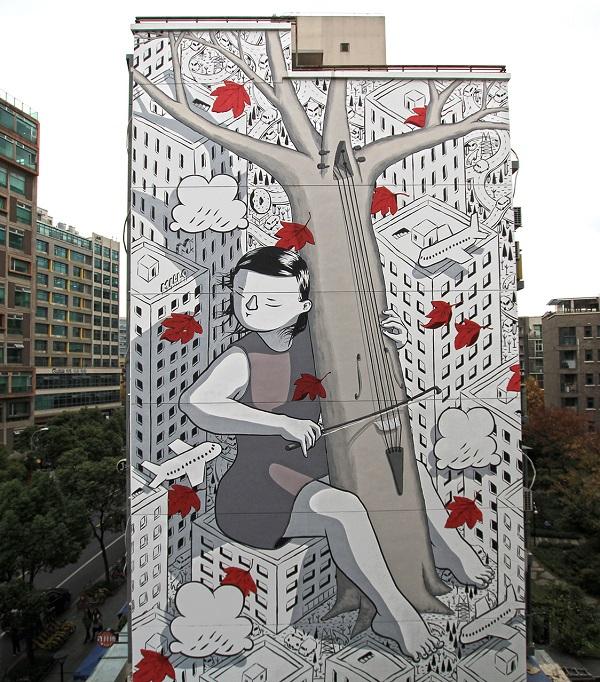 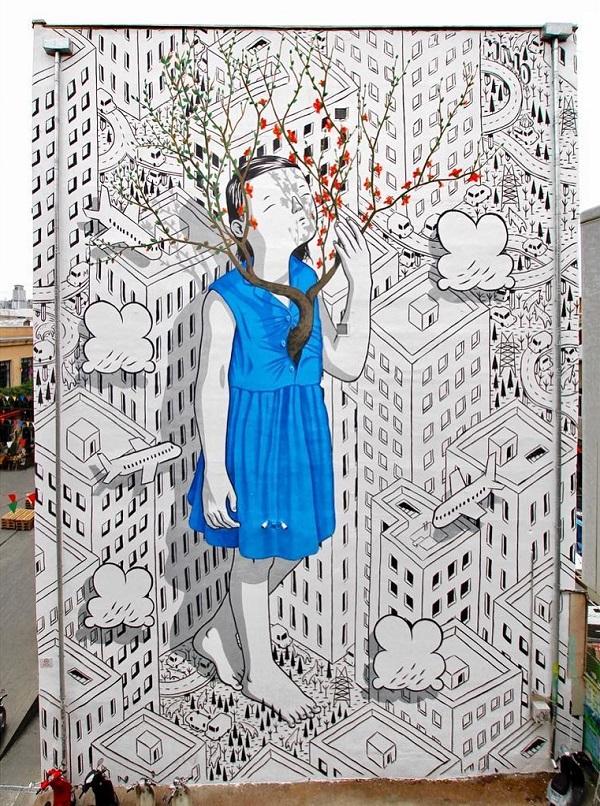 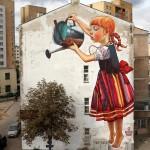