Samoa is one of the main island groups located within the Polynesian Triangle, comprising American Samoa and the Independent State of Samoa. Samoans have practiced tattoos for more than 2,000 years. As a part of Polynesian culture, Samoan tattoos present strong culture specific attributes. Samoans are proud of their roots of cultural identity, there has been a growing trend of revival of traditional tattooing for native Samoans. In this article we will explore the distinctions of this unique tattoo pattern and enjoy a collection of mind-blow Samoan tattoo pictures. 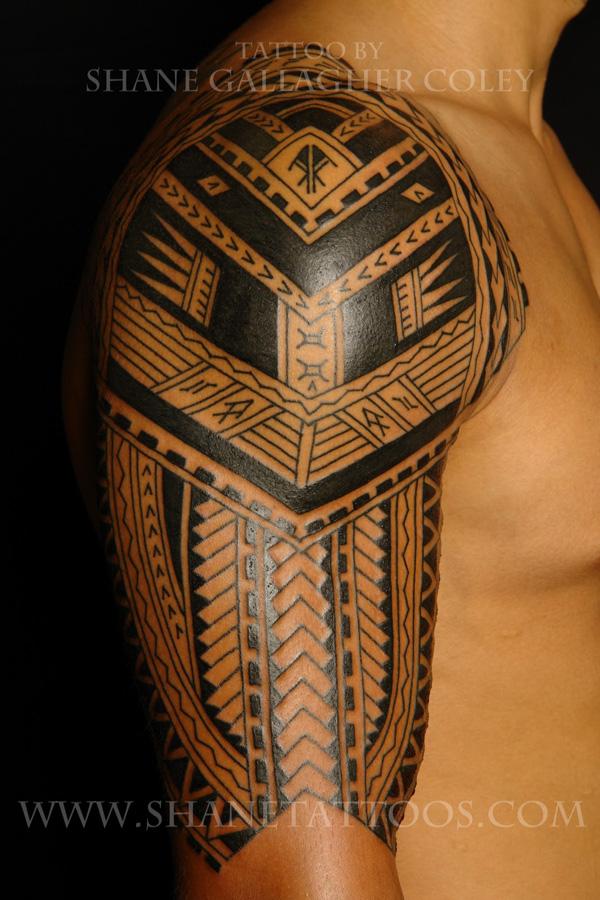 Tatau is the Samoan word for tattoo. In 18th century, when early Europeans reached Samoa and mispronounced the word tatau as tattoo, which led to the wide use of the mispronounced word. Samoans have two kinds of gender specific tattoos for male and female. The Samoan tatau (tattoo) for men is called pe’a, which consists of intricate geometrical patterns covering areas from waist to knees. The Samoan tatau for women is called malu that covers the legs from the upper thighs to the knees. As you can see from the pictures, Malu is not as dense as pe’a. The geometrical patterns, as well as symbols embedded inside, carry special meanings for Samoans. 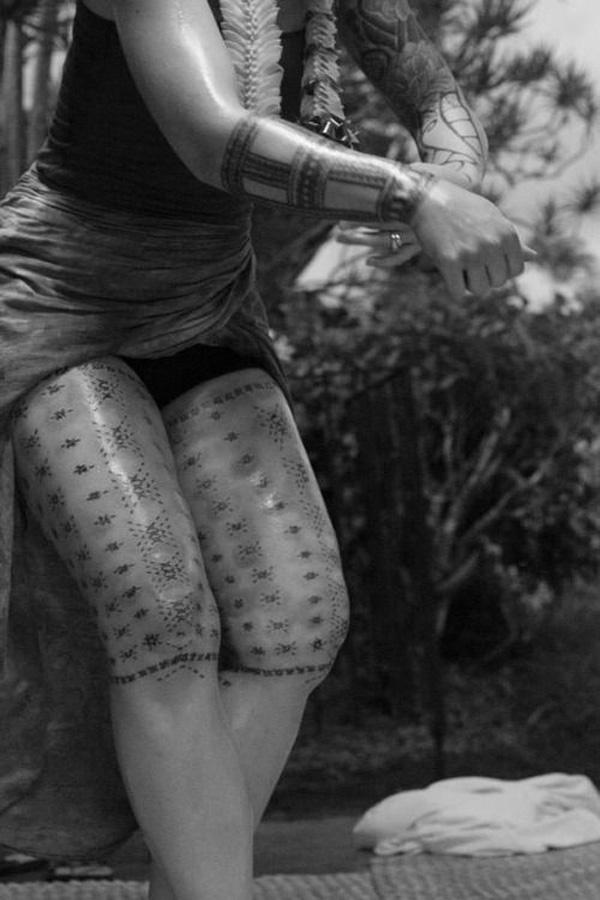 In Samoa’s culture, the pe’a and the malu used to be associated with social rank and status. It was an important rite of passage for young Samoans to be tattooed with pe’a or Malu. A young man with pe’a was respected and given a name of Soga’imiti for their courage. Males without tattooing were ridiculed as telefua or telenoa. For young women, malu used to be the sole outfit for daughter of matai the chief but nowadays many young Samoan women have. People who get the pe’a and the malu are viewed with cultural pride and identity. 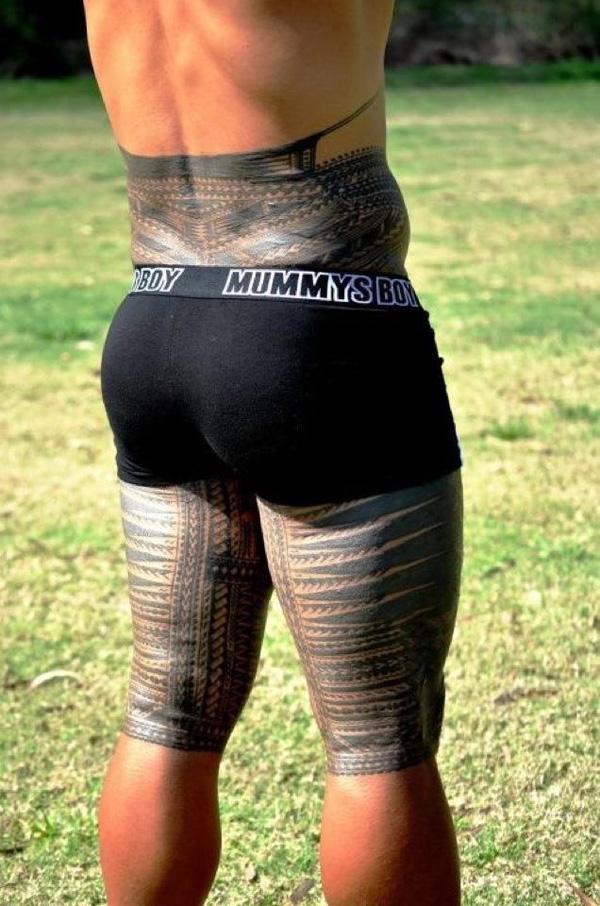 The literal meaning of the word Tatau stems from the word “Ta”, which is striking action of the au, the tool of the Tufuga (tattoo artist). It signifies appropriate and balanced. The meaning of pe’a in Samoan is flying fox. Malu is not only the tatau for women but also a pattern of Samoan tattoos. 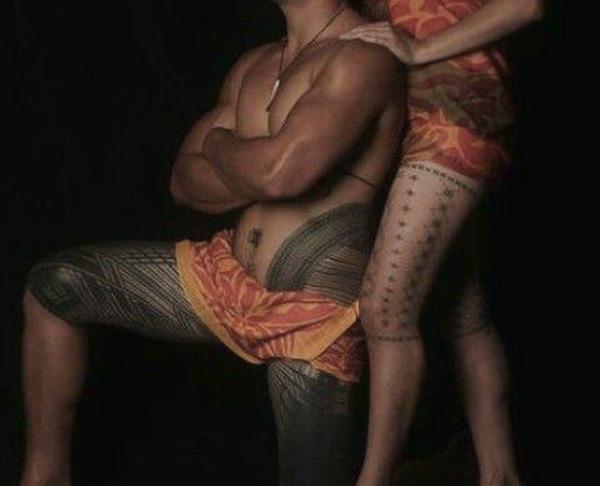 Samoan Tattoos are featured with quadrangular weaving designs. The pe’a is normally colored in dark color and malu relatively light color. The motifs are found used in Samoan Tattoos. 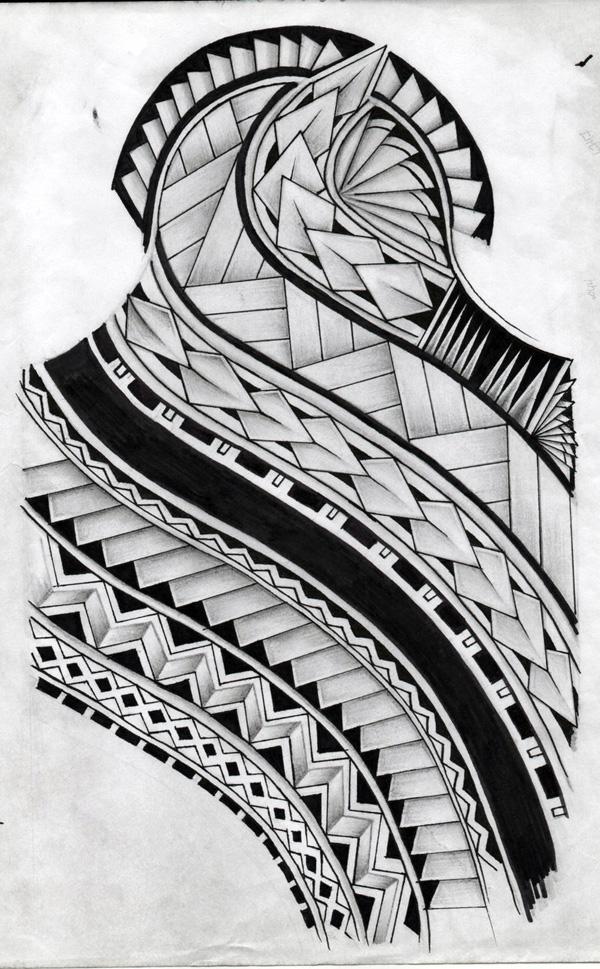 Process to do tatau 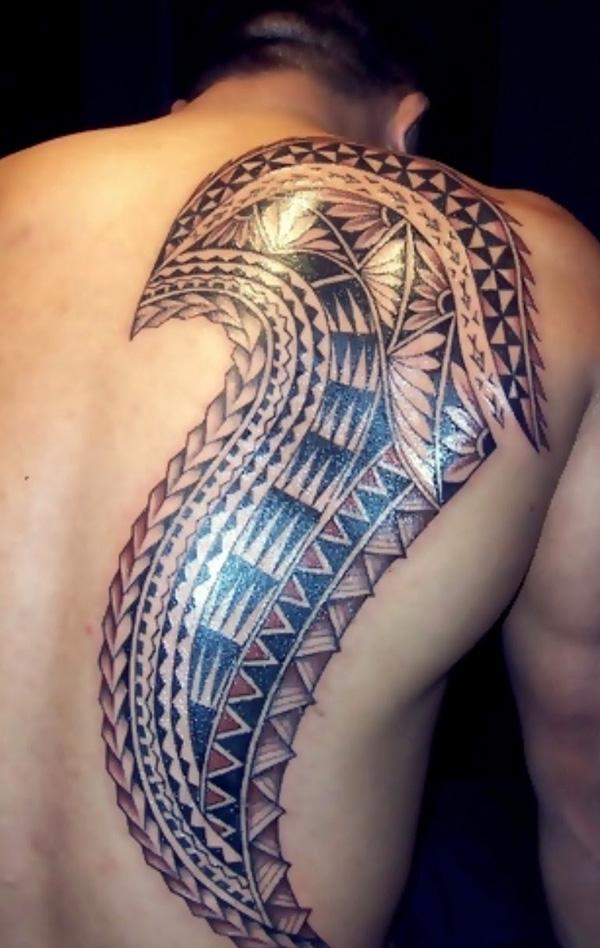 To get pe’a or malu is a painful process. The Tufuga dips his cutting tools into black ink made from the soot collected from burnt lama nuts and then punctures designs into the skin. The process takes a few days, and sometimes a few months. 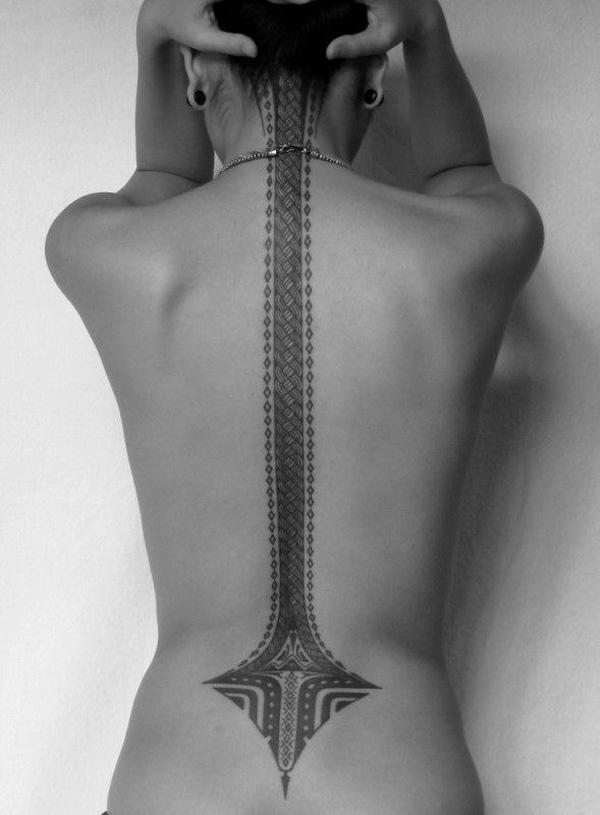 Modern Samoan tattoos are influenced by tattoos of other Polynesian islands. It’s also flexible to decide the placements and make any variations. Even females select to get pe’a style tattoo, certainly in feminine style. Modern Samoan tattoos are incorporating more motifs and symbols of Polynesian culture, shark teeth, ray, sun, etc, which are considered to be part of tribal tattoos. One thing is unchanged – Samoan tattoo designs keep the straight and quadrangular styles and avoid circular lines. Maybe this is the way to inherit the unique cultural identify of Samoans. 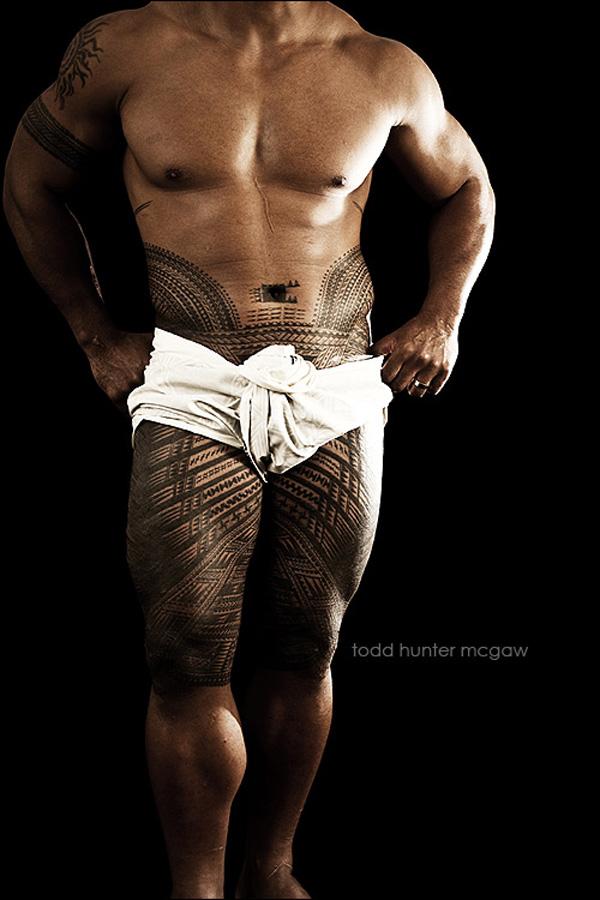 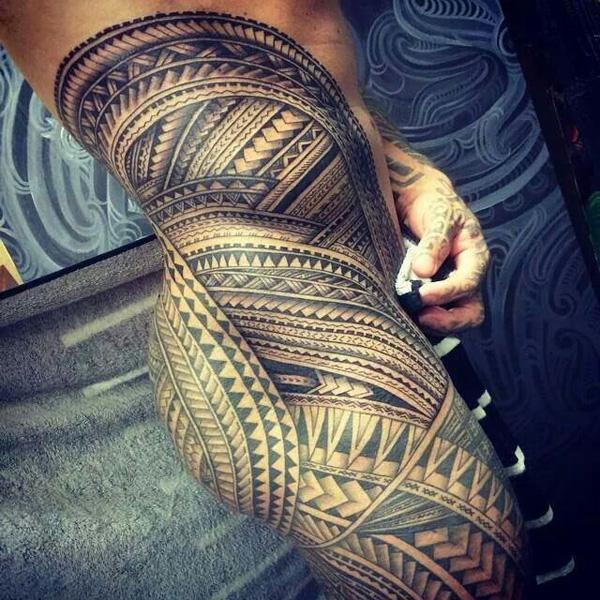 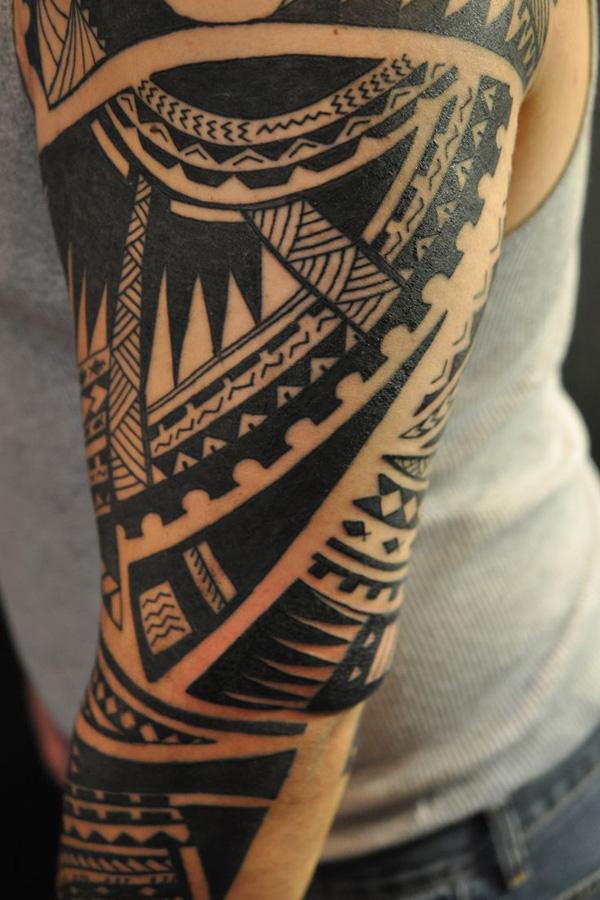 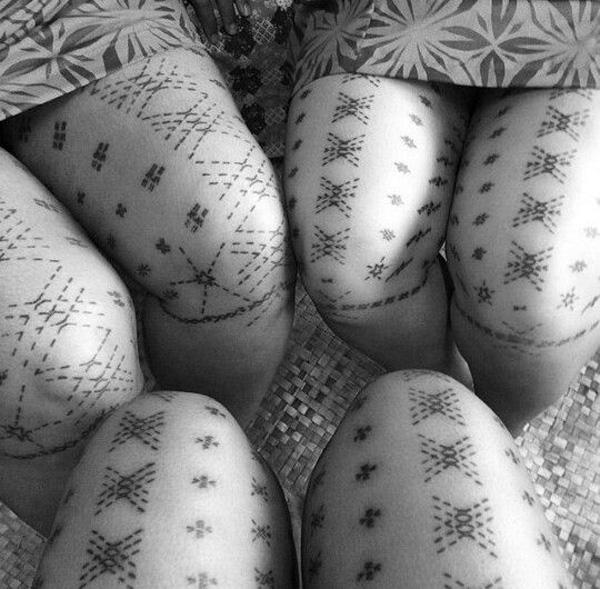 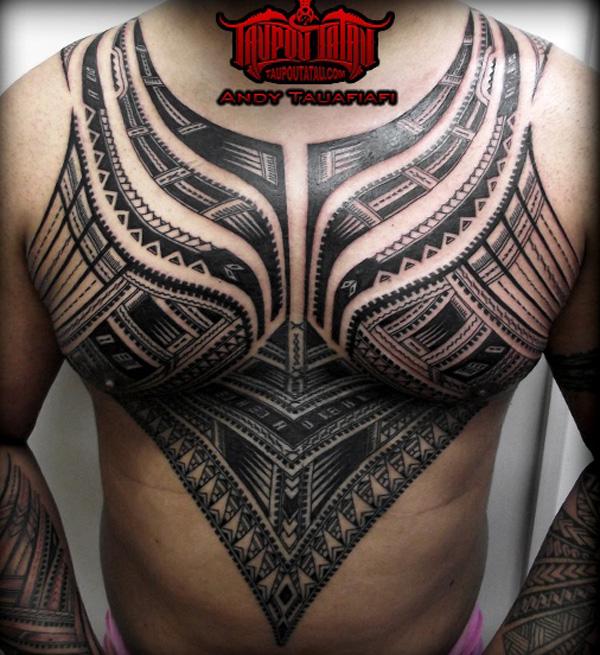 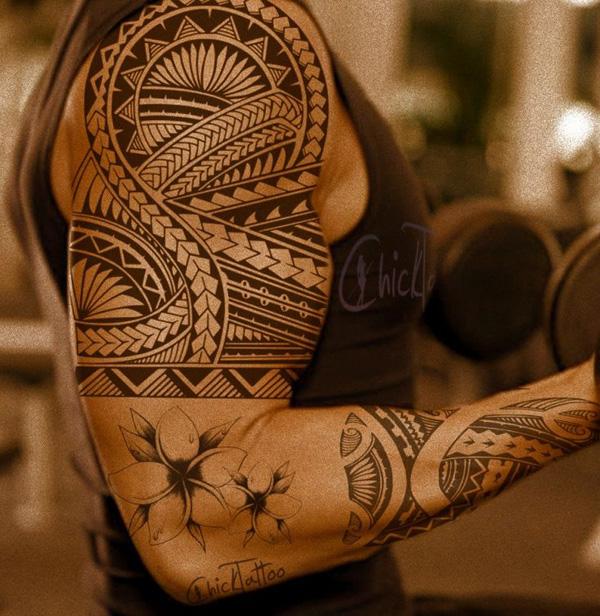 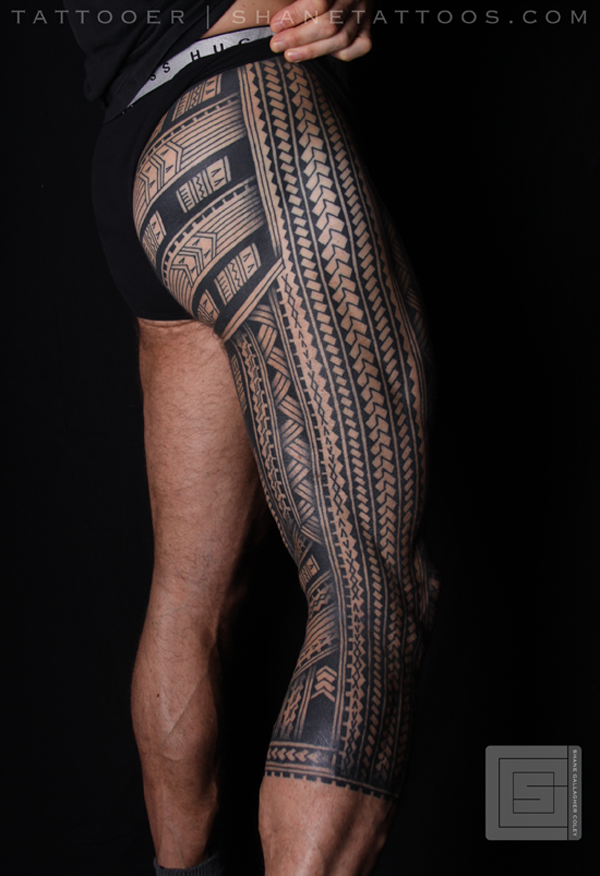 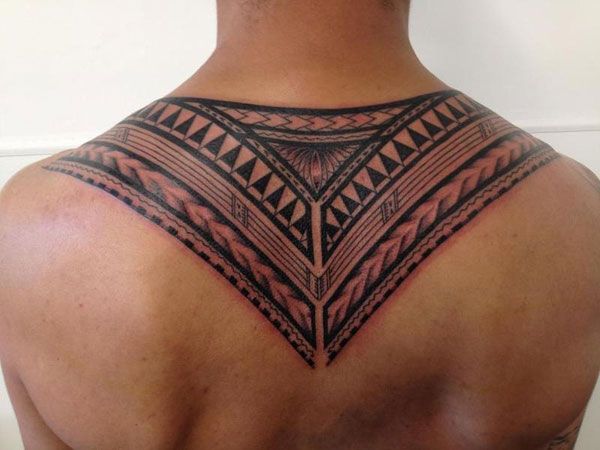 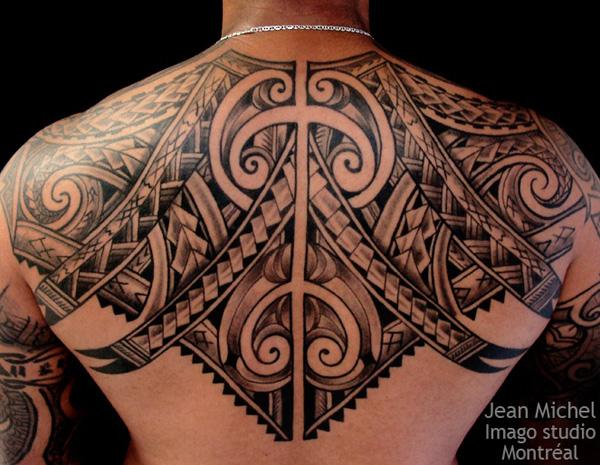