Flower tattoo has always been one of the popular choices for women tattoo idea. From time to time cupped shape poppy flower came into our view among the beautiful tattoos. Poppies have long been cultivated in many parts of the world. Despite the fact the drugs of opium, codeine and morphine extracted from the flower, poppies have long been used as a symbol of sleep, peace, and death.

In modern history, red poppy became the symbol of the remembrance of soldiers who have died during wartime after the trench warfare which took place in the poppy fields of Flanders during the 1st World War. The white poppy is an international symbol of remembrance for all the casualties of war – civilians and armed forces personnel. The White Poppy was first introduced by the Women’s Co-operative Guild in 1933 and was intended as a lasting symbol for peace and an end to all wars.

A lot of people ink red poppy tattoos simply because of the attraction of the beautiful flowers. Poppy tattoos could be rendered in watercolor style or bloody red realistic style. If you have interest in the mystery flower tattoos, here is the list of showcase for your inspiration. 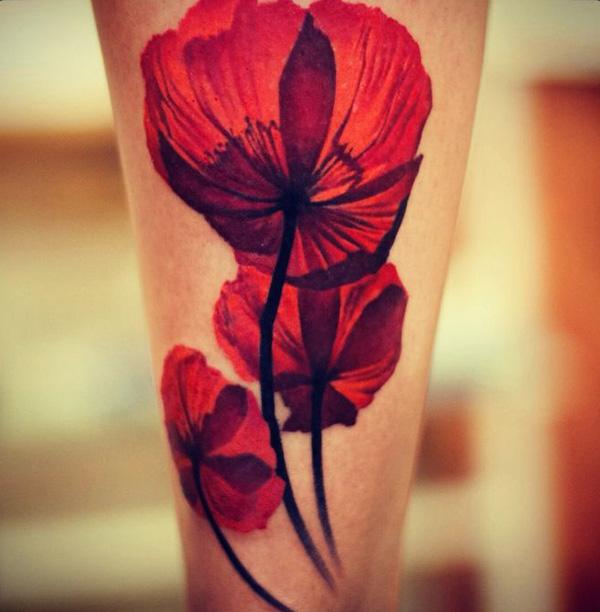 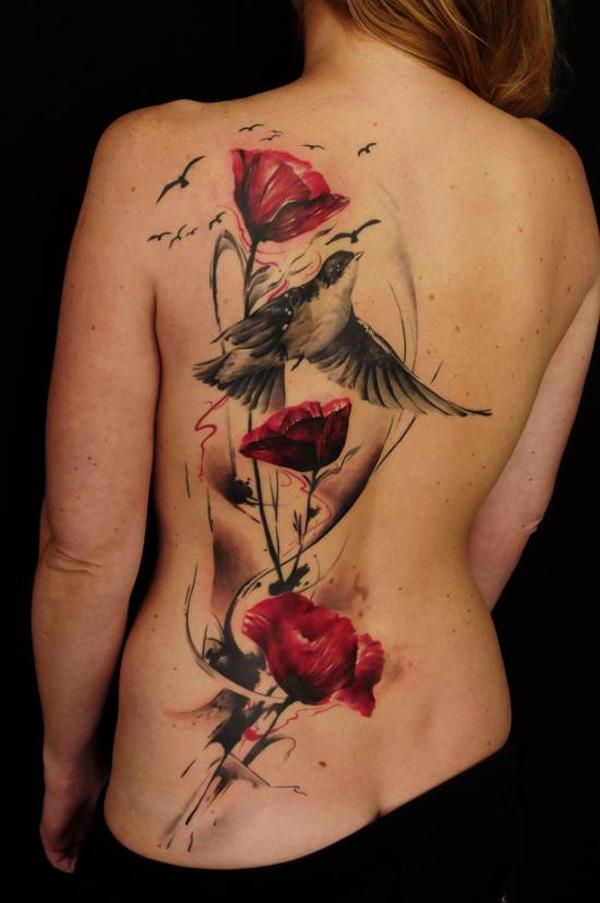 Poppies tattoo on Back 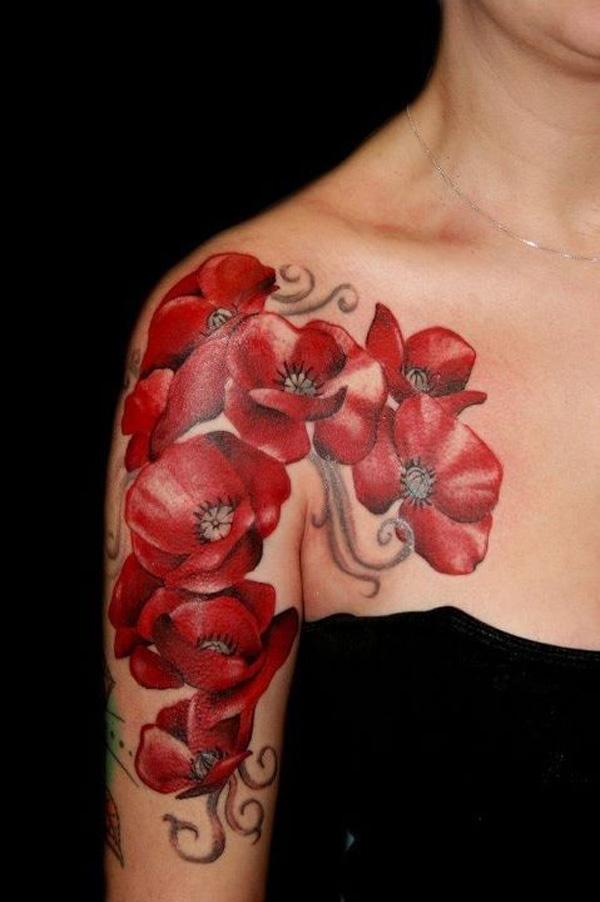 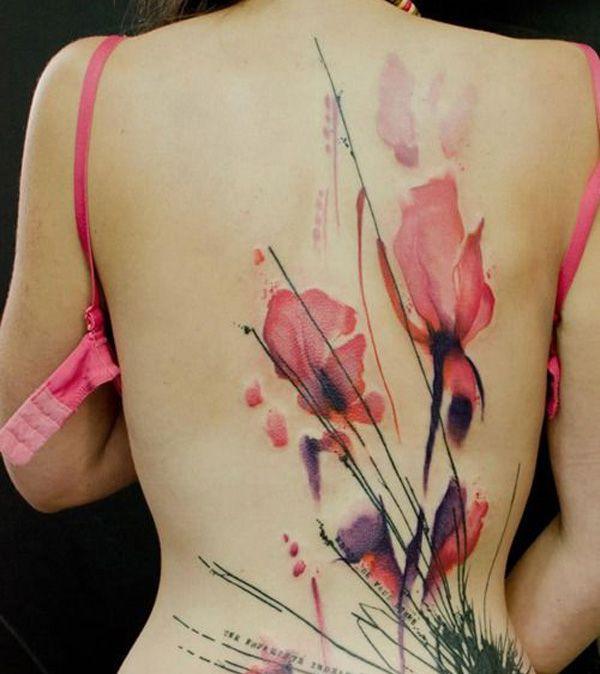 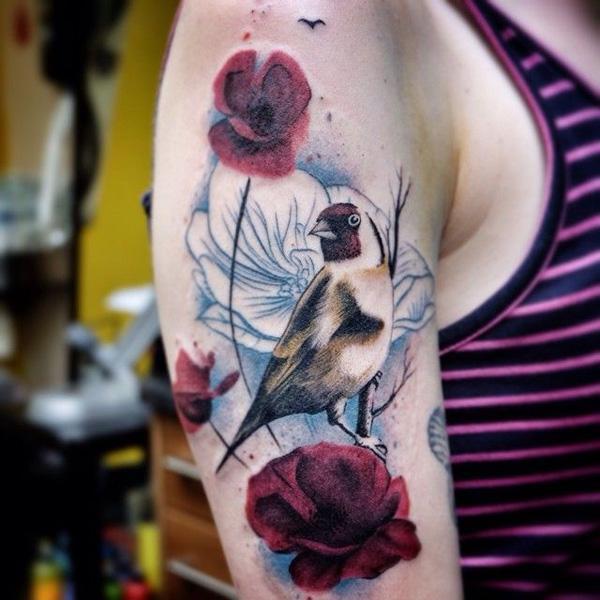 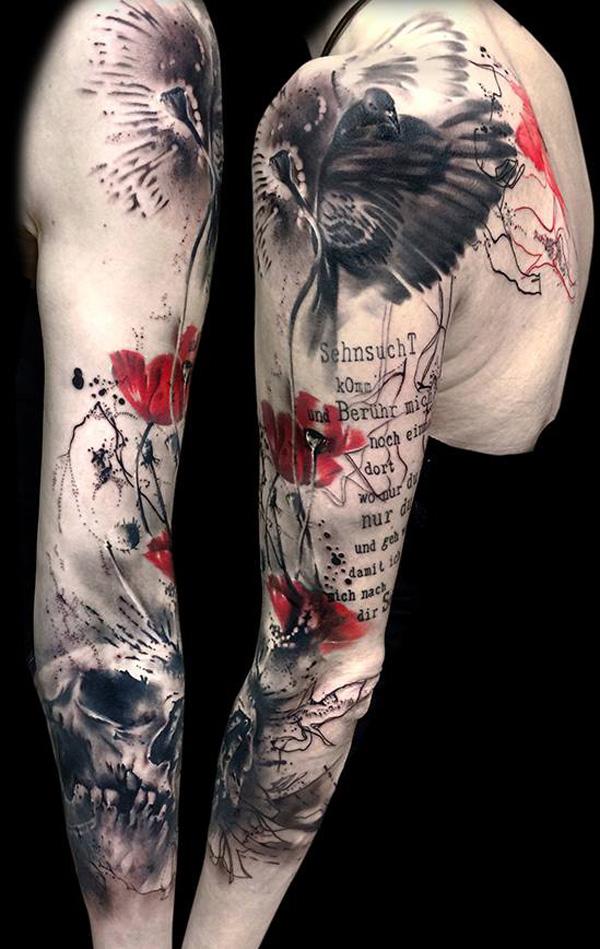 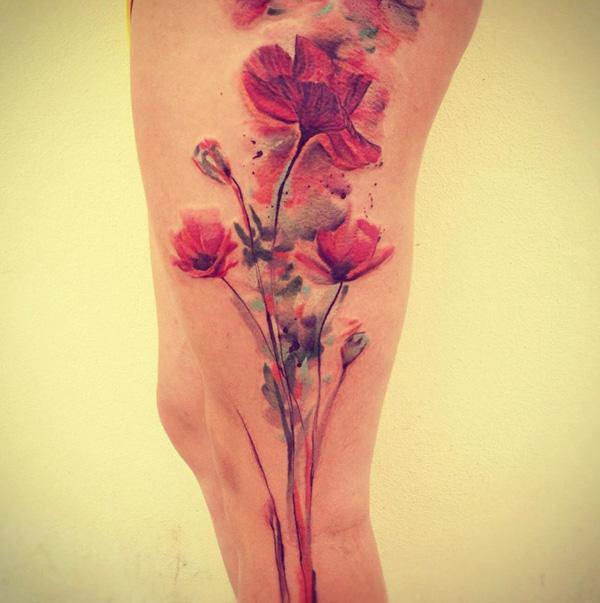 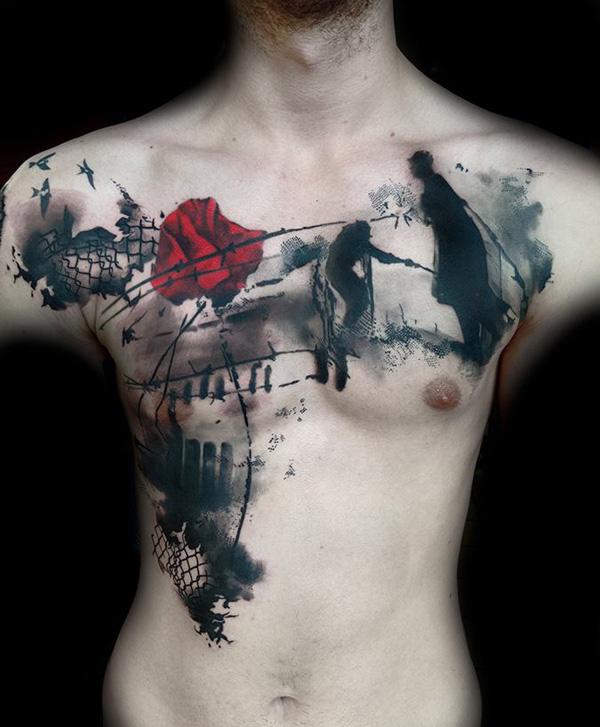 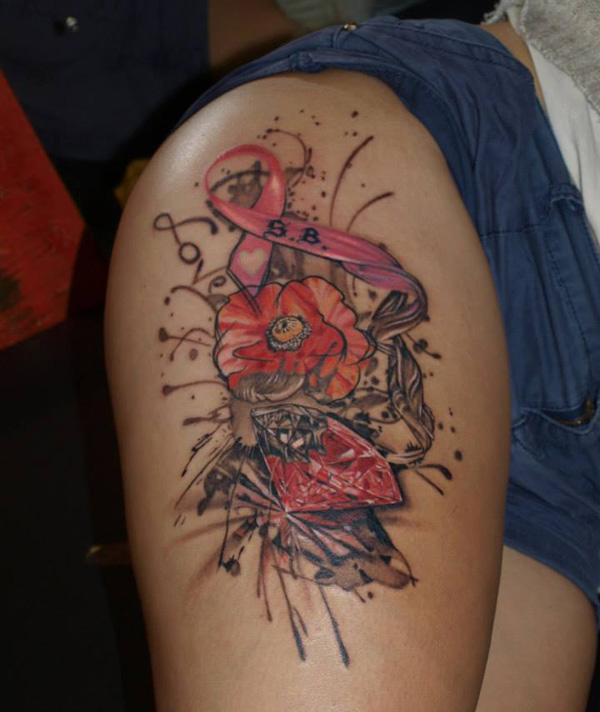 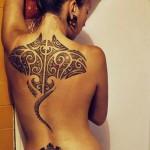 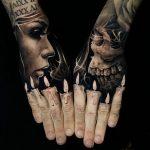 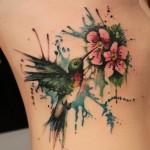