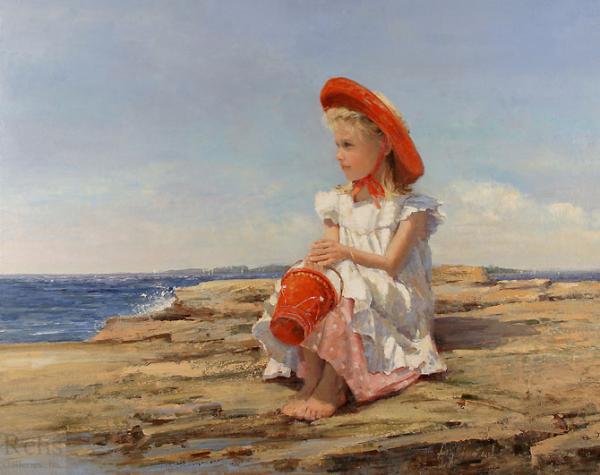 Children at the beach paintings by Sally Swatland. Sally was born in 1946 in Washington, DC and moved to Greenwich, Connecticut when she was seven. She shared a passion with her family for beaches, sunshine, and fresh air. Most summer days were spent at the beach playing in tidal pools, chasing minnows, collecting shells and exploring.

After graduating with a degree in Fine Art from Mount Saint Vincent College, she went on to study formal figure drawing for six years (1969-1974) at the Art Students League of New York. Sally married in her mid-twenties and painted her first ‘beach scene’ while she was pregnant with her first child. Sally remembers the time quite well:

It was somewhat of an accident that I thought about painting children at the beach. I had studied figure and landscape painting at the Art Students League and I was somewhat searching for a subject that interested me. While I was pregnant with my first child, one day I went to the beach with my mother and took some photos of children playing in puddles. I went home and painted a small painting and showed it to some people. The response was very encouraging. They liked the feeling of the painting. I painted a few more that summer. 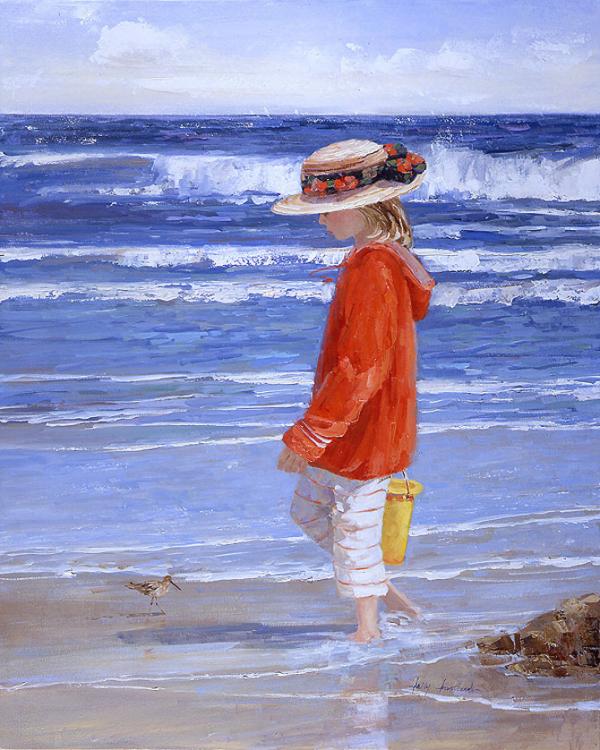 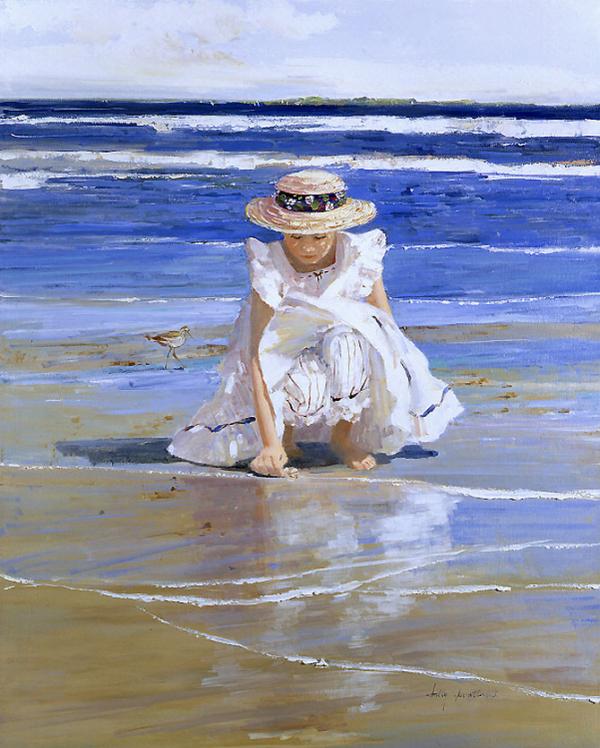 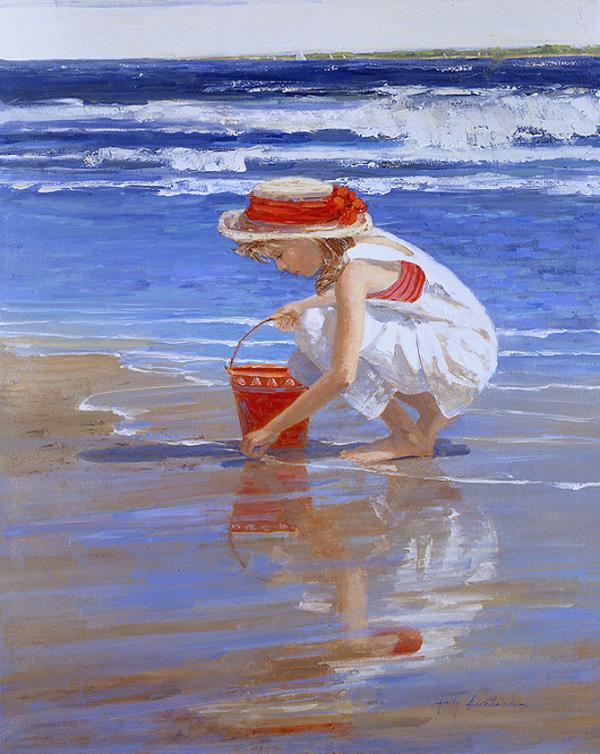 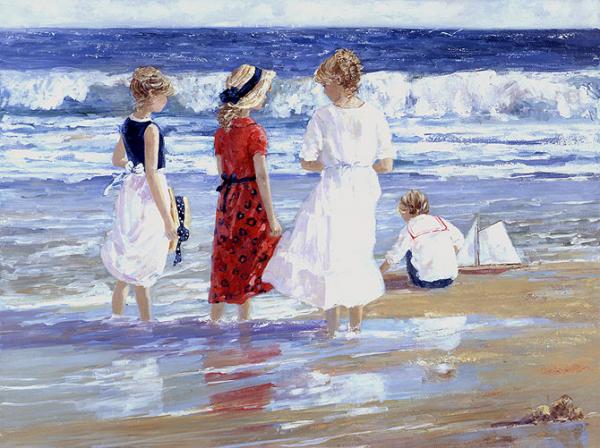 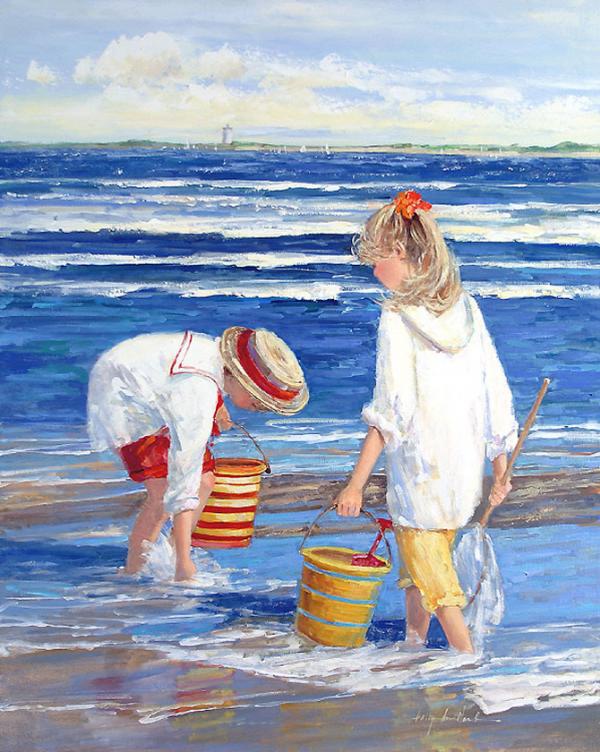 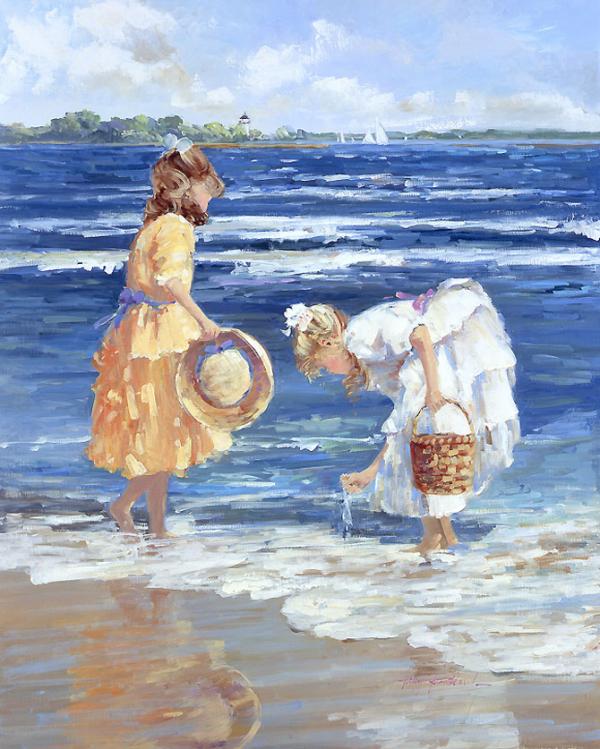 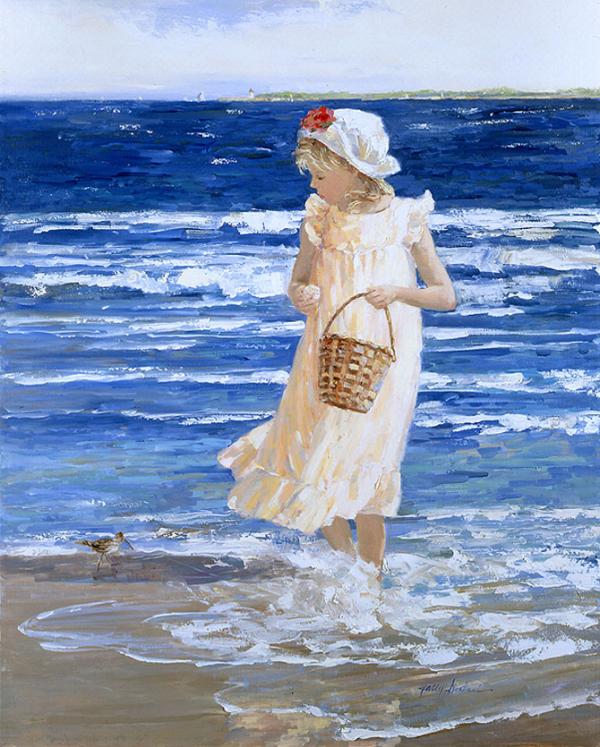 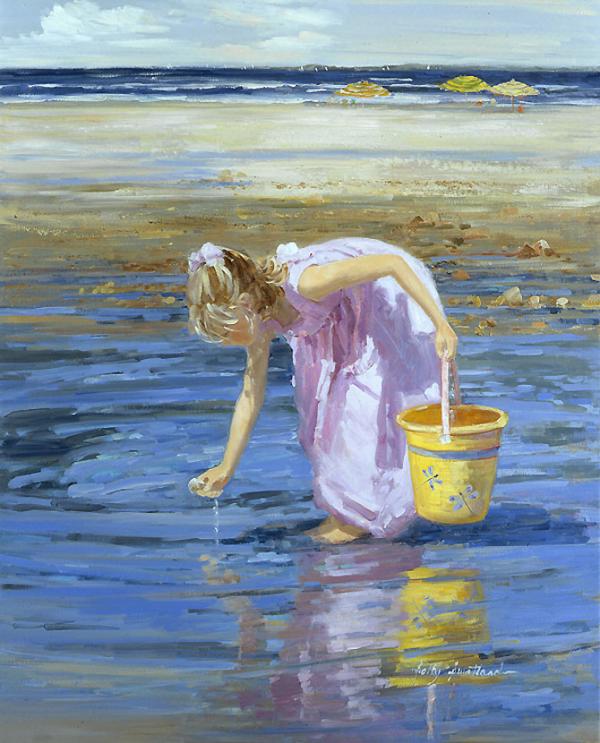 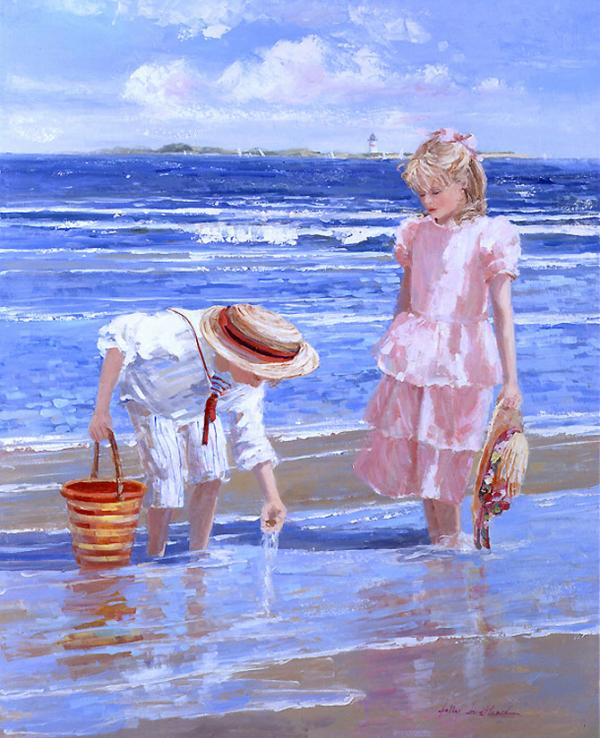 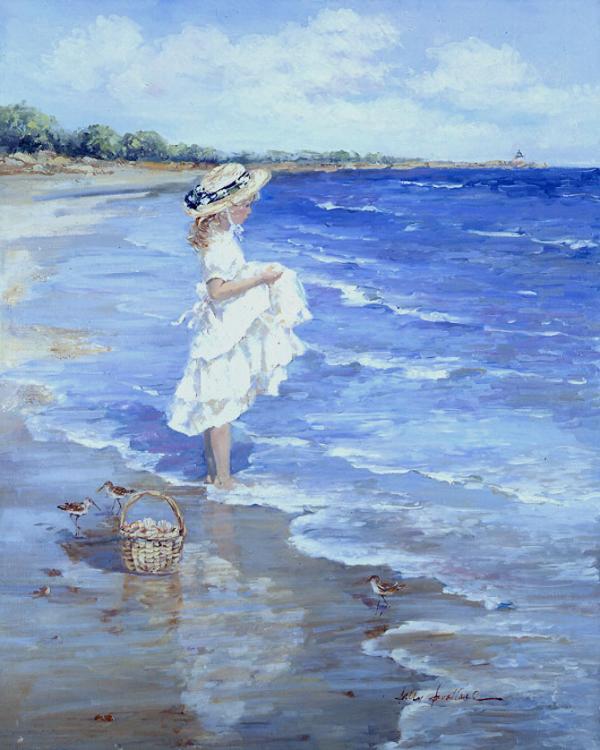 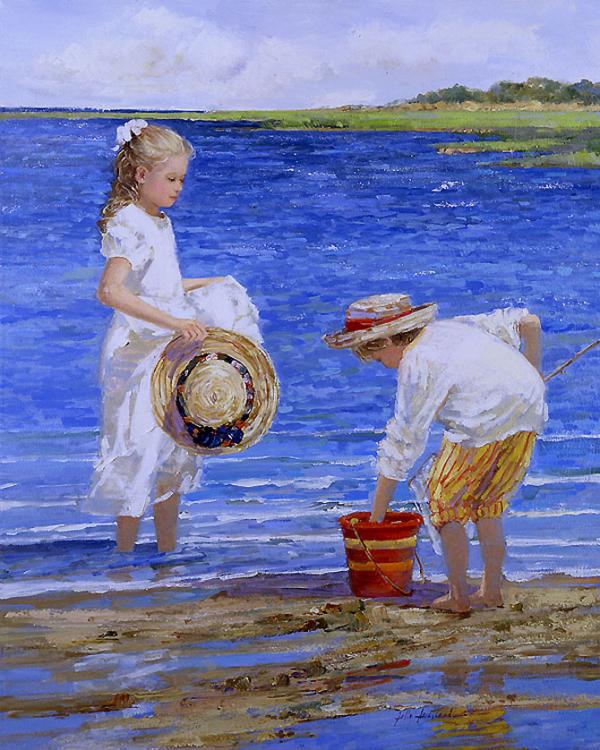 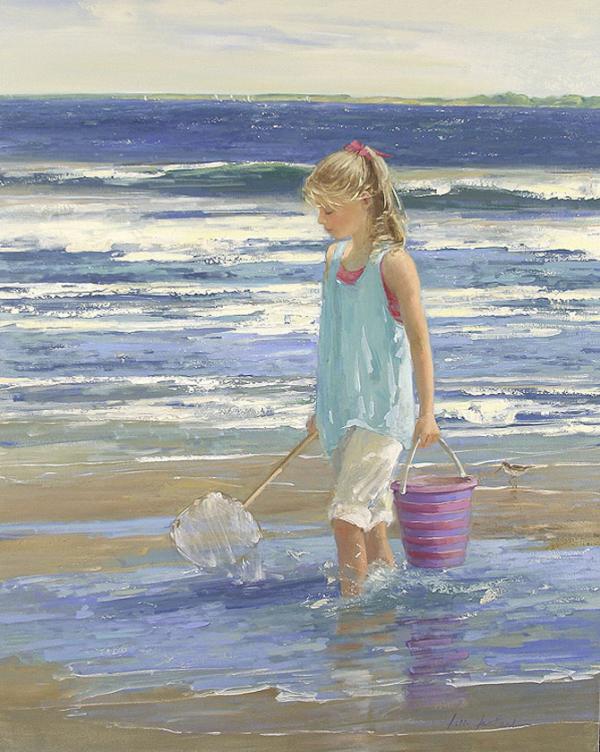