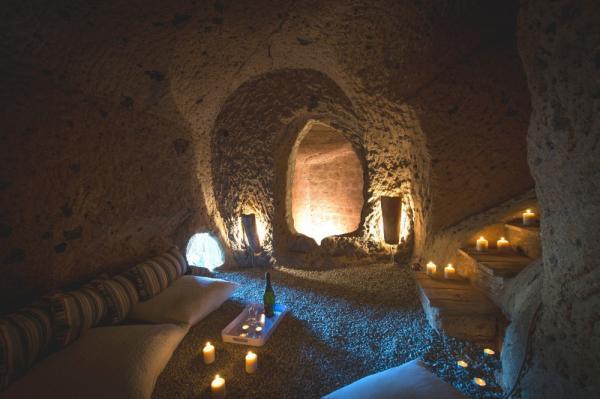 Designed by Studio F, Domus Civita is located in Civita di Bagnoregio, Italy. Inhabited but abused and cut up, the house main structure was part of a larger building divided up in the 20th century even though the original structure dates from the 14th century, when the town of Civita di Bagnoregio current urban layout developed.

The signs of the house original beauty were still visible in the old stone fireplace, the wooden beams, the stone walls, the terracotta floors.

However the most interesting feature of the house was its umbilical connection to its underground world all carved into the soft volcanic tufa stone. Through a series of tunnels and caves dating from the middle ages as well as Roman and Etruscan times the house ground floor had a stair dug into the stone and reaching a large underground Roman water cistern still perfectly preserved. Through the cistern you could reach an abandoned garden suspended between 2 stone cliffs at the edge of town. From the garden more caves of Etruscan and medieval times were dug into the rock opening up interesting possibilities for creative uses.

The renovation project became an exercise in creating a suitable connection that would embrace all these different spaces and make 2600 years of architectural history feel organic and livable. While the main house structure got fully renovated by preserving and restoring all the old features and materials, we decided to infuse it with modern elements and romantic touches that felt complimentary to the house but not plagiaristic. The caves and grottos got cleaned and restored and converted into a meditation room, art galleries, a wine cellar, a pool with hot tub and a garden kitchen. 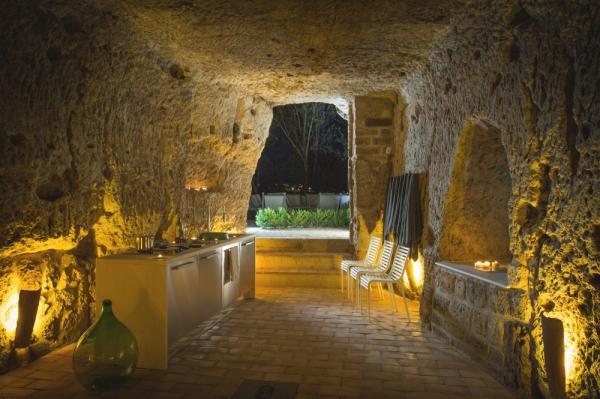 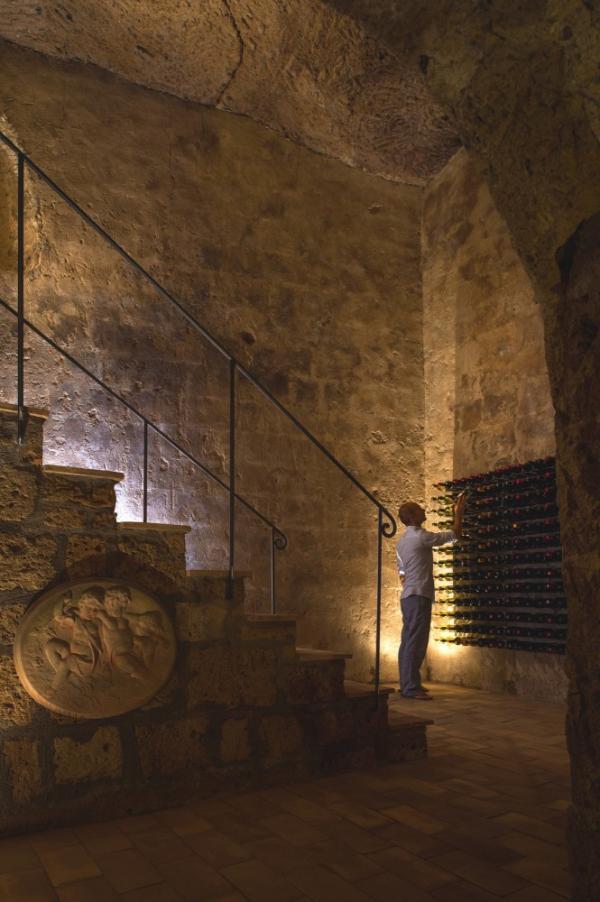 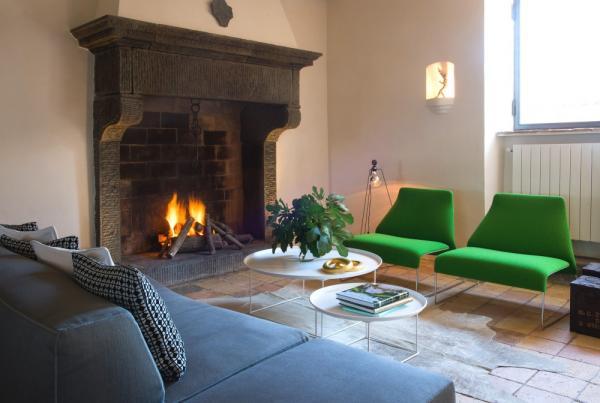 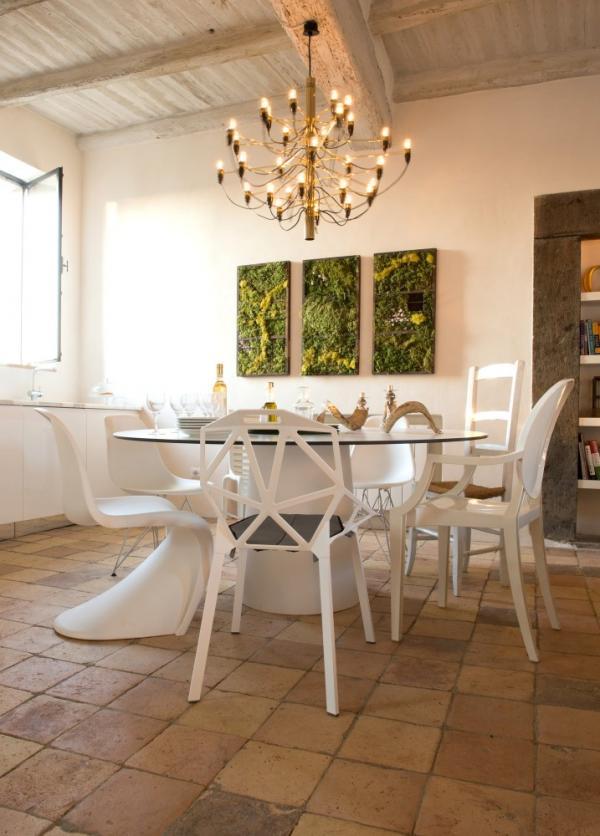 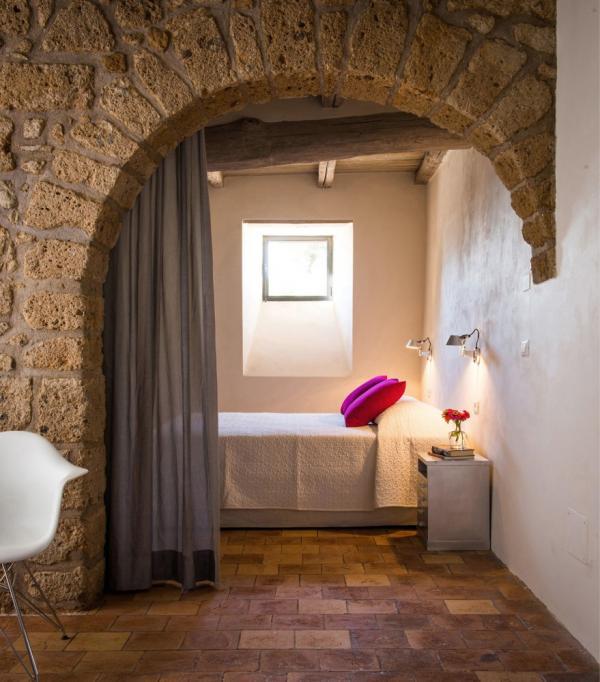 Aquatic Backyard of a Coastal Villa