Anthropologists and historians have demonstrated that tattoos played an important cultural role within the Aztec society. The Aztec, in fact, believed that painting the body was a religious and political matter, a ceremony imbued with archetypical and symbolic power. Think about Aztec symbols, such as the warrior, the sun or the eagle, visualise them and close your eyes: can you feel how powerful they are? There is something there, a secret, maybe, hiding behind lines and shapes, the magic of the geometry and the fascinating nature of tribal life. But why did tattoos matter so much to the Aztec? And… why do they matter so much to us?

When we talk about tattoos, and Aztec tattoos are a perfect example of this, it is quite impossible not to think about the cultural burden they carry. A tattoo, in fact, is always meaningful: because it is the result of a choice or a ceremony; because it identifies a person or a specific sense of belonging; because it literally says something or because it is drawn to communicate something to someone. Even more interestingly, a tattoo lives on our skin, it becomes part of our material self and it is meant to be “forever”. 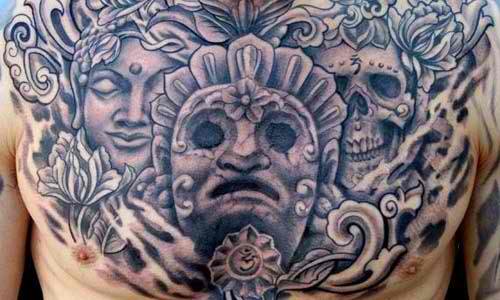 Plus, our body changes after the tattoo crosses the unstable boundaries of our intimacy. The moment after our skin absorbs the design, our corporeal self turns into something else, dancing with the meanings carried by the tattoo, adapting to the messages the tattoo is communicating. 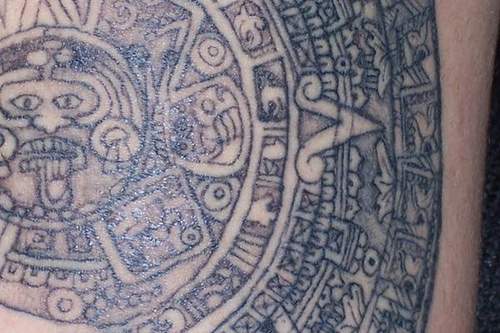 The Aztec knew that, and this is the main reason why Aztec tattoos are so rich and powerful: they were not just a bunch of lines traced on someone’s body, they were (they are!) the final embodiment of a sacred world, the base of an entire culture. “I belong to a particular class”, “I am part of a specific group”, “This is my tribe”, “This is me”… tattoos can say all this and more. 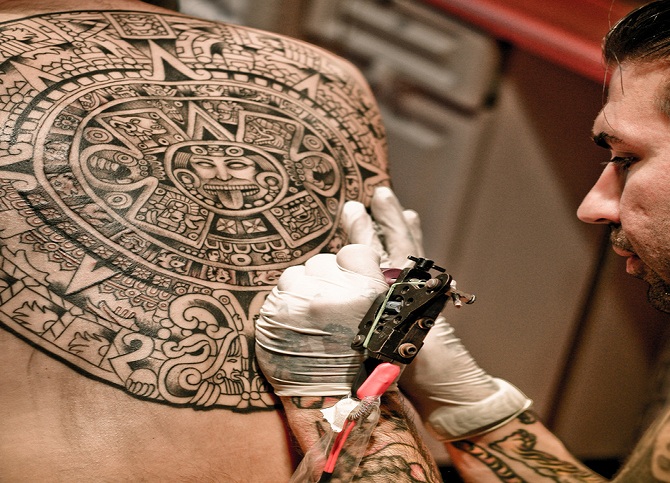 Scholars have defined the body as a “political surface”, a canvas on which we can express a quasi-infinite set of meanings, a space that can be used to portray uniqueness, a place that can be adopted to constitute the foundations of social structures and cultural values. Aztec tattoos are the perfect expression of this academic concept, the idea that the body is the expression of a particular cultural landscape, a place that is symbolic and material, representational and tangible.

Of course, nowadays many people choose Aztec tattoos simply because they are beautiful and trendy, and maybe also because they carry with them a sense of tribal, exotic wilderness. Still, it is important to remember that whenever we look at Aztec tattoos we are also looking at centuries of ceremonies and culture… a wonderful, magical journey! 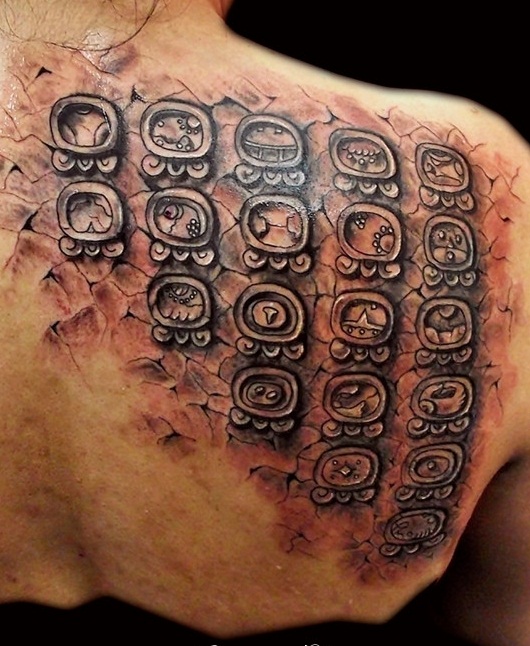 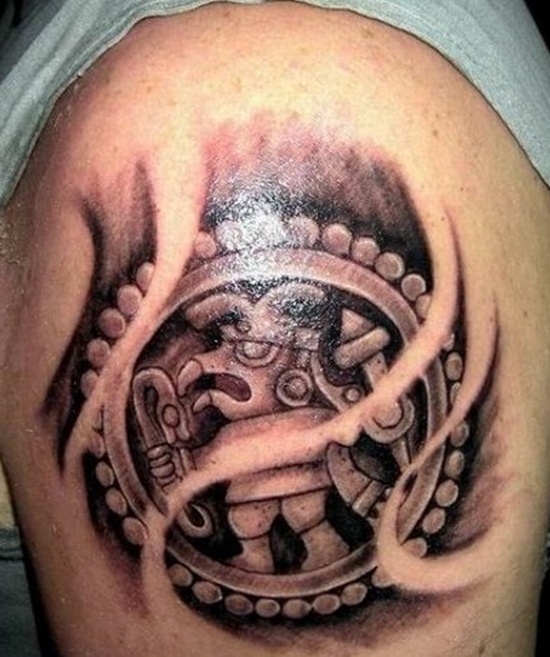 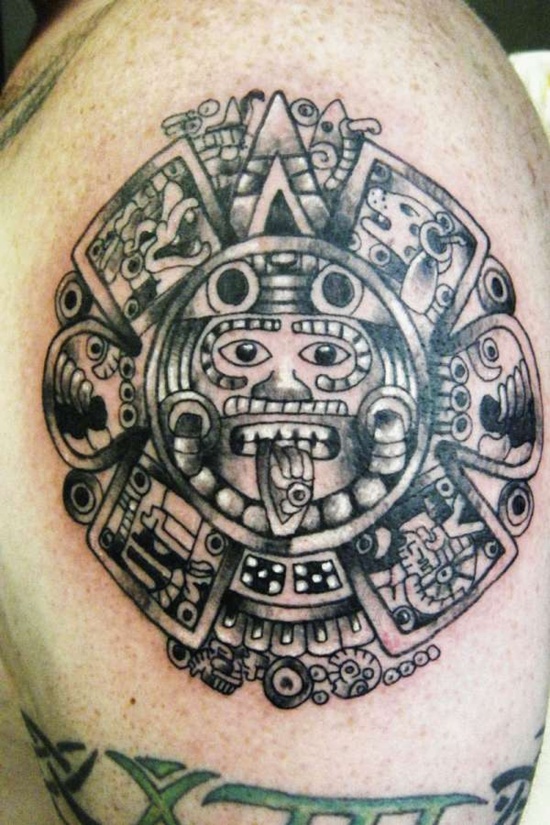 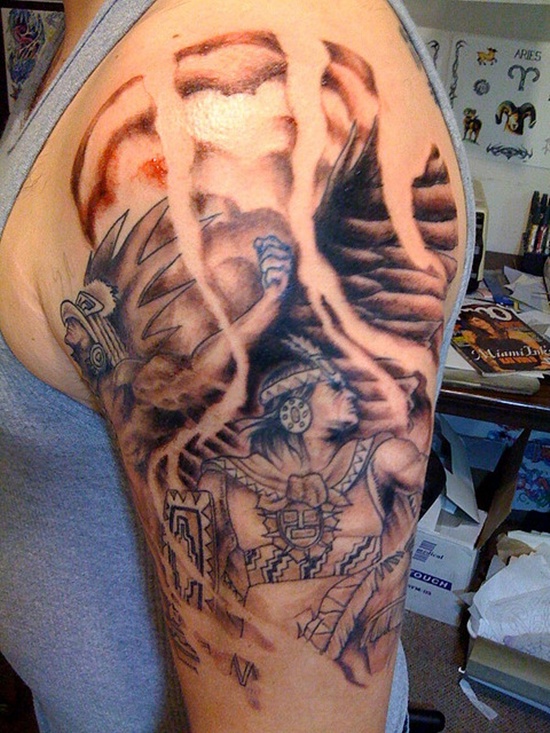 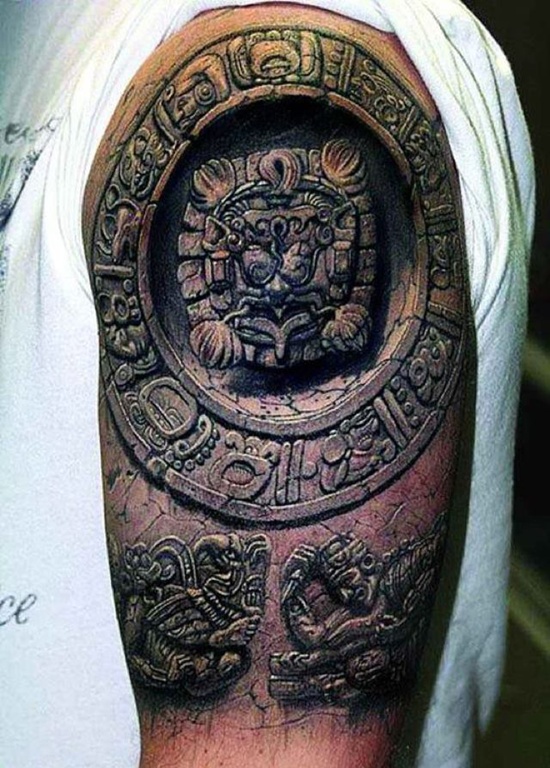 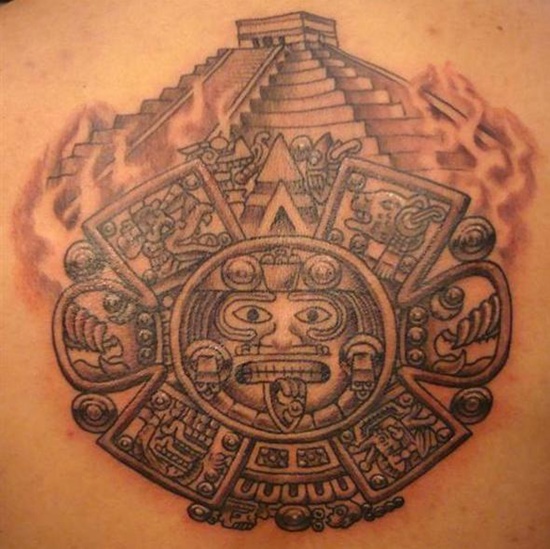 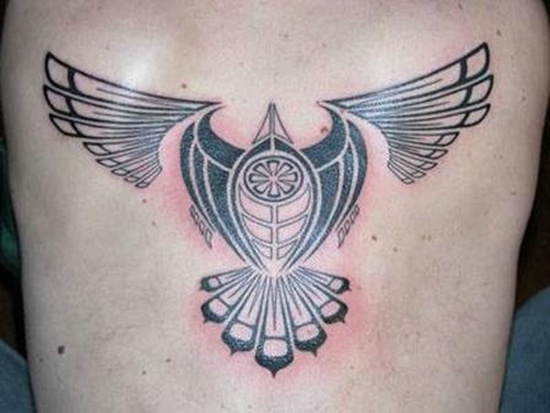 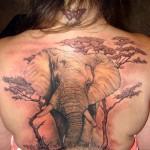