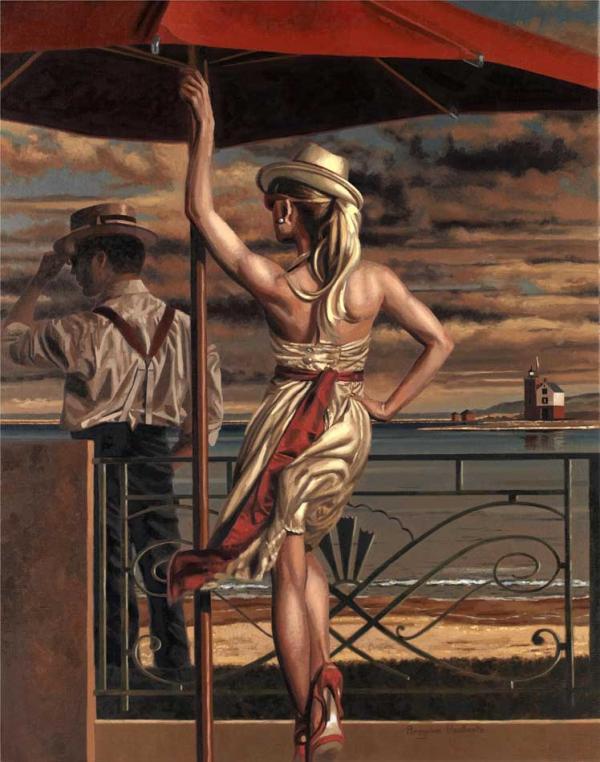 Born in London in 1973, Peregrine Heathcote spent his childhood living in both Britain and Dubai where his imagination was free to flourish as he witnessed an international jet set culture. Hence it is no surprise that the artist’s imagery reflects a provocative Silver Screen theatrical quality. In 1995 Peregrine graduated from the Florence Academy of Art and since that time he has been profiled by the BBC in a documentary about his portraits resulting in international exposure. Heathcote’s images of beautiful women stepping off bullet trains in addition to his Gatsby-esque characters embarking on luxurious voyages via vintage aircrafts and cruise ships, conjure a world of intoxicating glamour and intrigue. The artist uniquely blends a sense of nostalgia with the contemporary world while creating narrative stories in paint. Notably, he has exhibited at the Royal Society of Portrait Painters, the Royal Academy, and Hampton Court. In addition his paintings have been auctioned at Christie’s Auction House, King Street, London. Presently Peregrine is including Newbury Fine Arts as a primary source for his artwork in the East Coast of the United States. 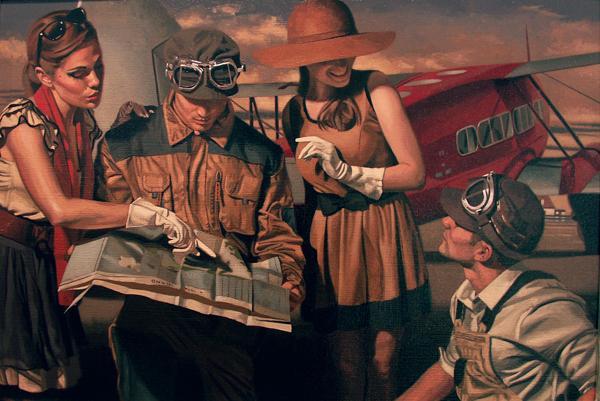 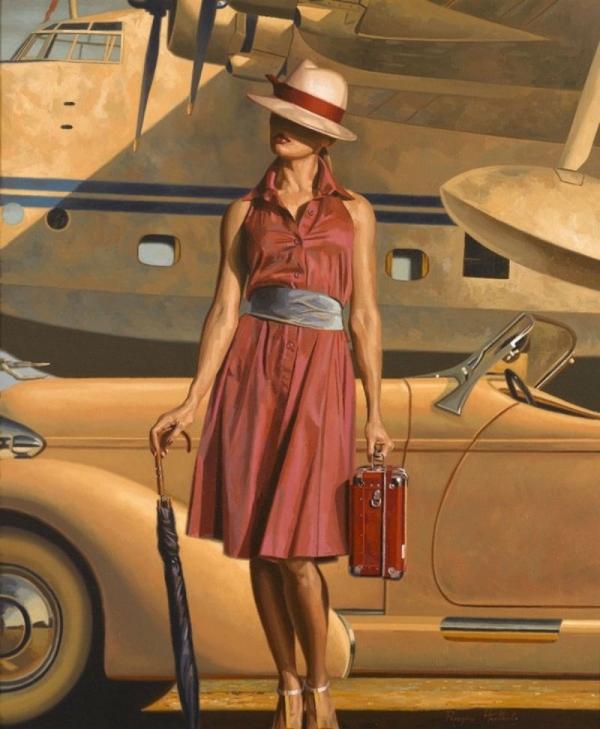 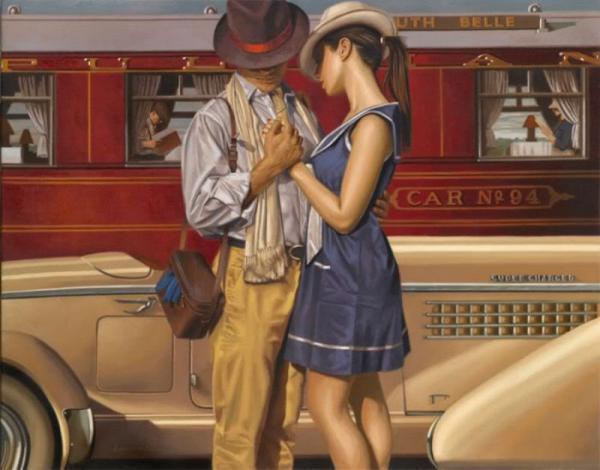 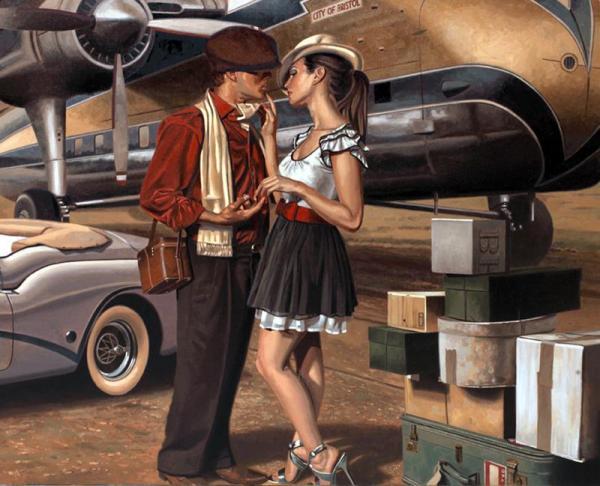 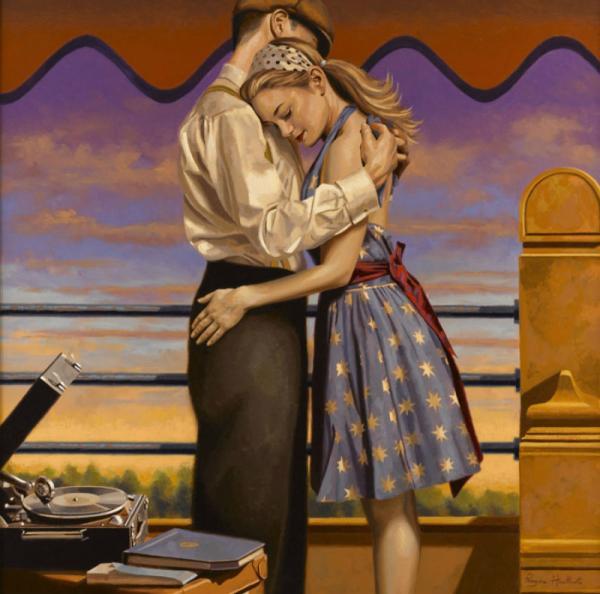 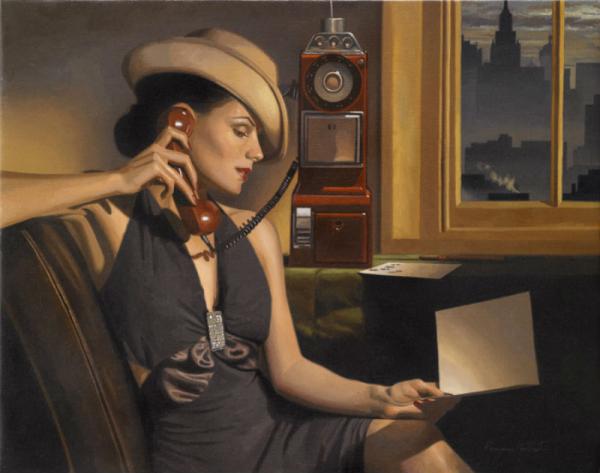 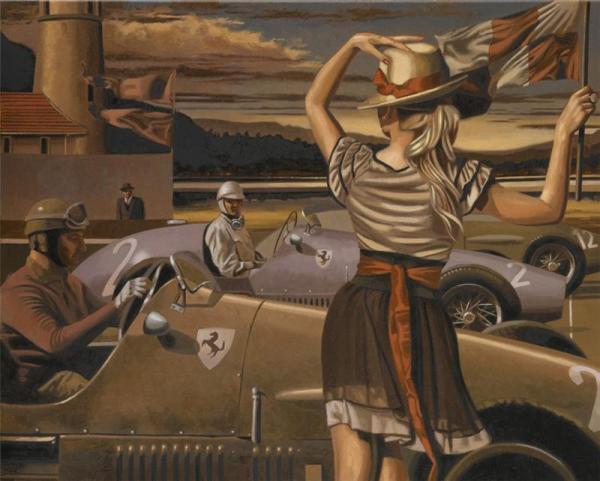 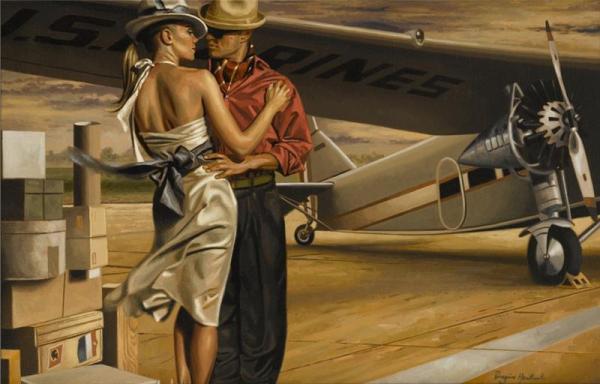 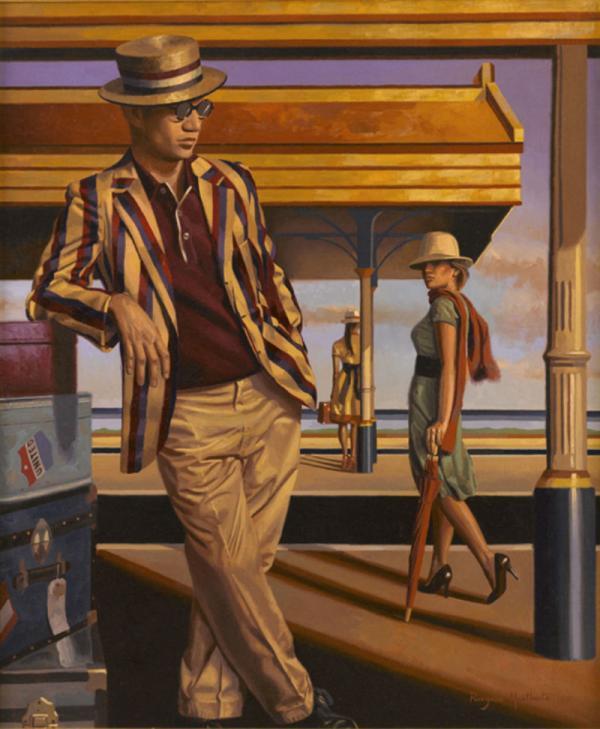 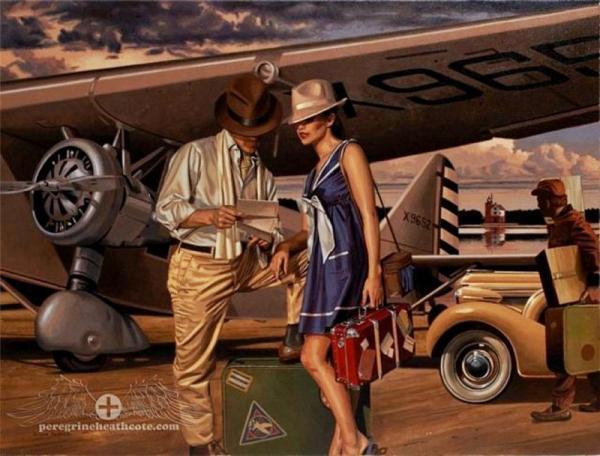 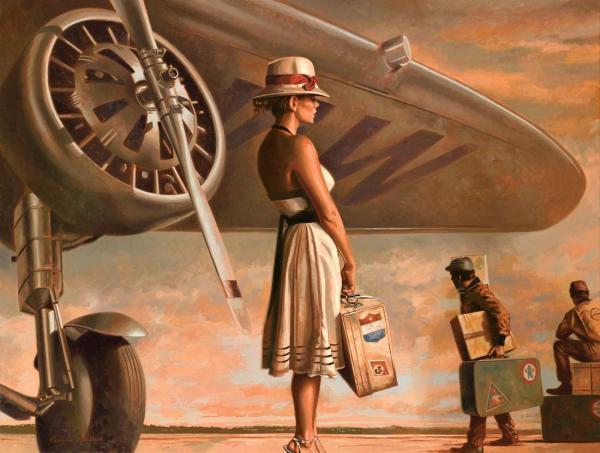 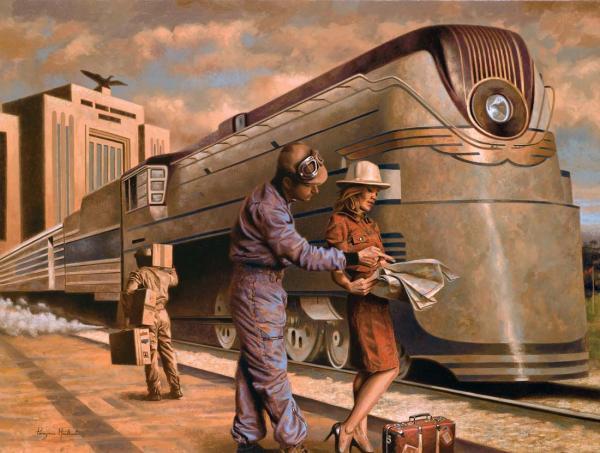