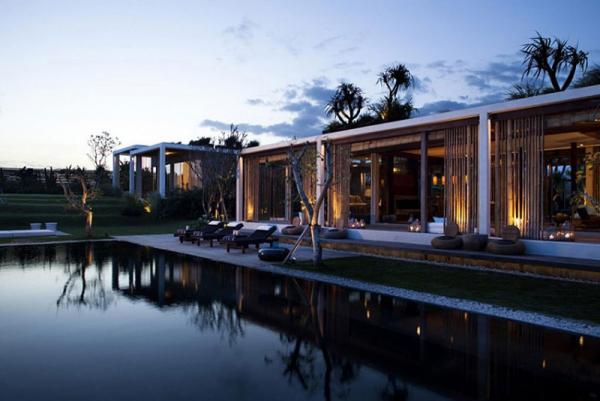 Designed by Word of Mouth, Villa Tantangan is located on Nyanyi Beach; a private and secluded beach on the west coast of Bali. It has been constructed on 6,500 square metres of land, which overlooks the Indian Ocean to the west and a natural river system to the north. 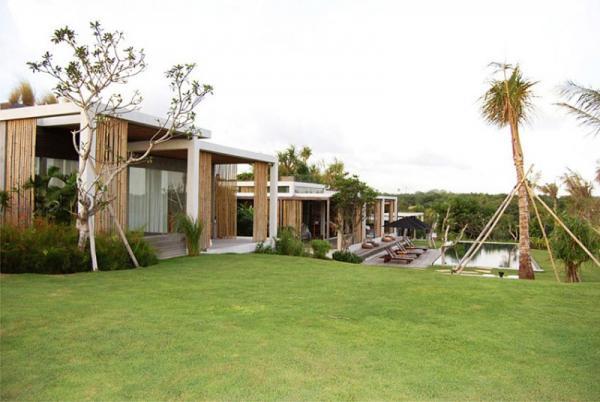 The Villa also has views across to the local beach temple and views to the volcanoes in the distance, creating a special connection between the architecture and its place. As a result, the design followed the concept of creating a ‘Landscaped Architecture’ which became important in the physical connection of the natural and built environments.
The design utilises a layout whereby the buildings are formed around the central courtyard, creating intimate internal spaces between the buildings, and more open spaces towards the perimeter. The buildings are situated on different levels of the land and are treated like giant planter boxes, each with a roof landscaped by either natural vegetation or ponds. 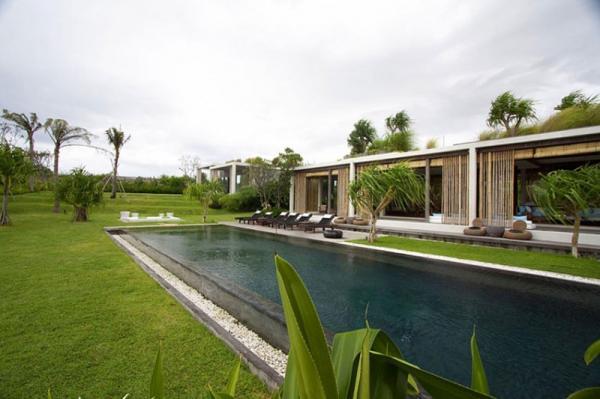 Because of the remote location of the project, it was important that the Villa could operate self -sufficiently. To achieve this, a number of green systems and design approaches were adopted. The splitting of building forms created natural ventilation through the site, as well as through each individual building; effectively cooling the spaces. As power had to be generated through a system of solar panels and batteries backed up by a generator, it was important that this passive cooling was maximized as much as possible in order to reduce the strain on the system.
As well as connecting the architecture to the land, the roof planter boxes served an additional purpose in creating a natural cooling effect on the spaces below. Rain water catchment systems were also developed as part of achieving self-sufficient operation of the Villa.

Another key design approach was the use of natural and locally sourced materials. This meant that not only were local suppliers and artisans supported by this initiative, but also the carbon footprint of the building could be reduced. In doing so the material palette becomes a true reflection of the building’s location, further blurring the line between the architecture and its landscape. 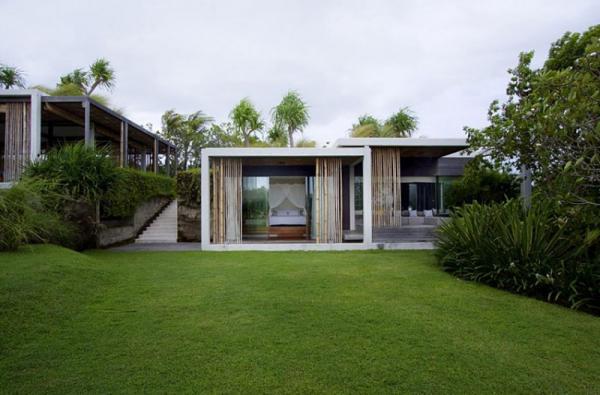 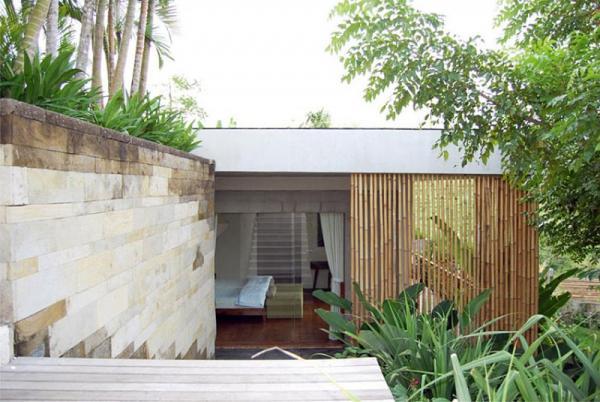 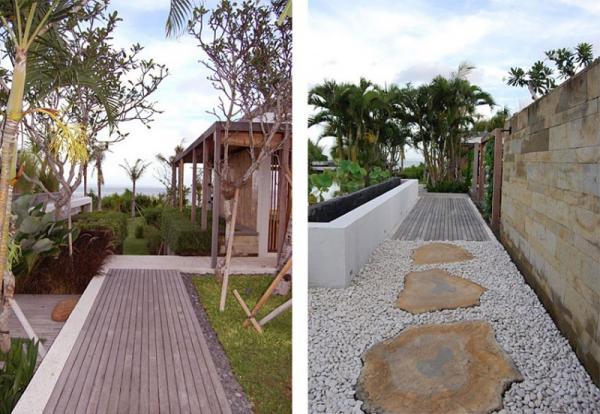 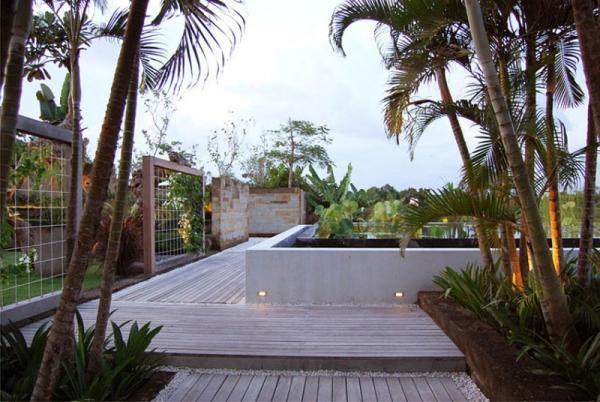 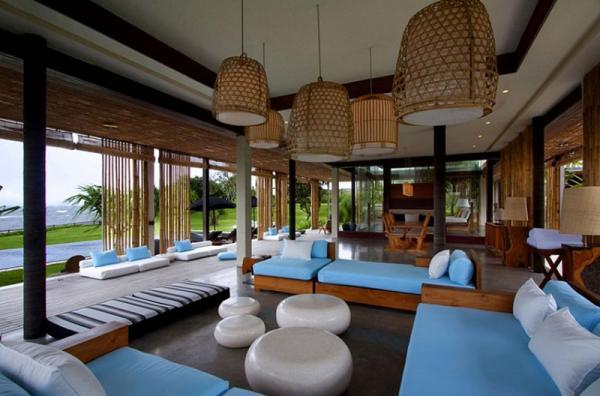 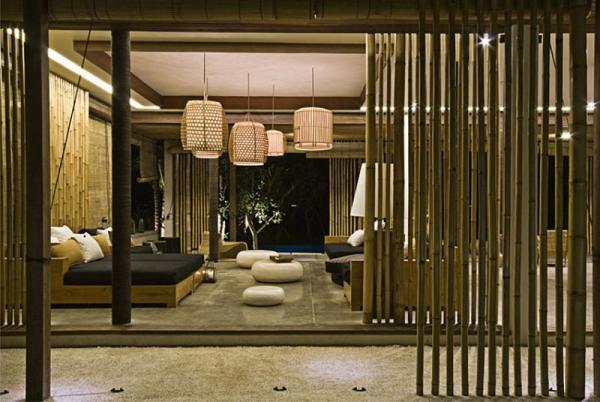 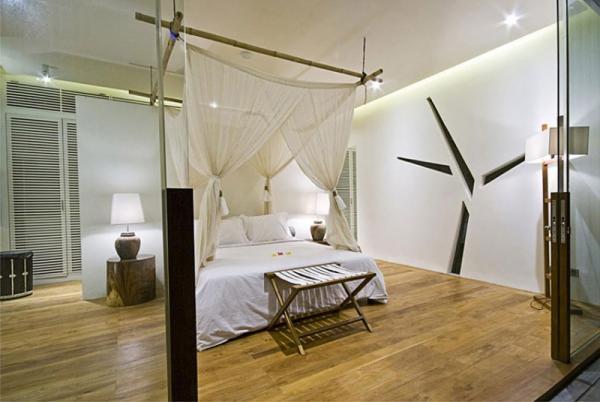 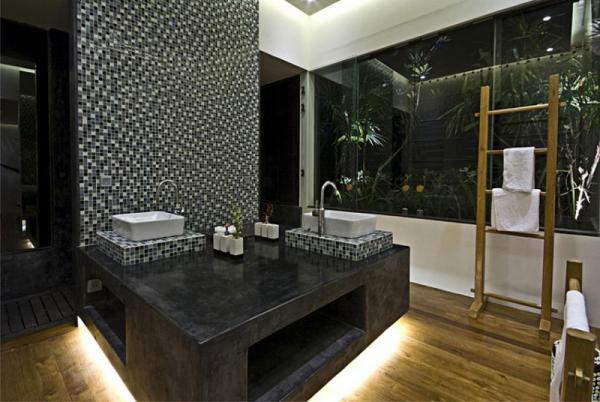 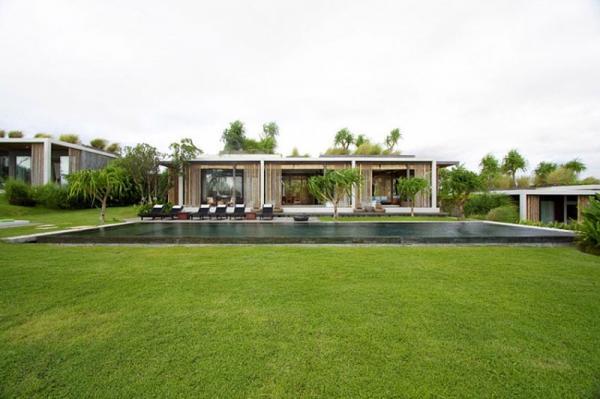 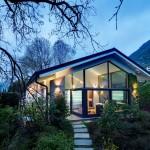 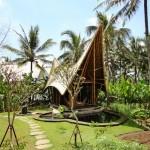 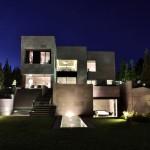