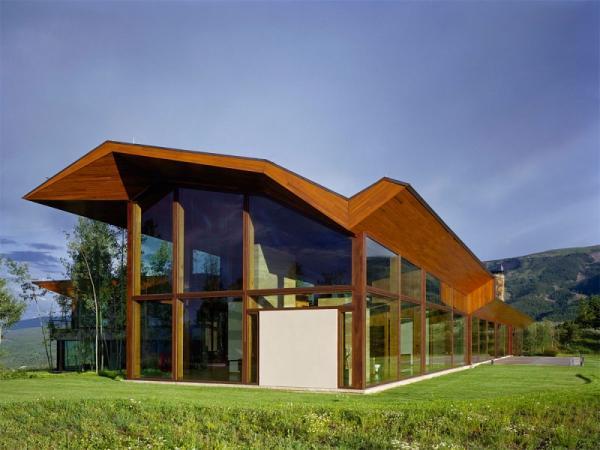 Voorsanger Architects designed the Wildcat Ridge residence in Aspen, Colorado. The site is located at an elevation of 9,200 feet and had already been excavated for a discontinued residential project. The preoccupation with not impacting the landscape reverted here to rehabilitating and reforesting the uprooted site. This was not a situation where capturing the landscape was the challenge but providing a major sustainable architecture in such a fragile but challenging environment. The landscape itself is so dominant, spectacular, and immediate, with its alpine vistas on the horizon the design called for an architecture that moved the scale of the exterior into the interior. The design evolved by following the longitudinal parallel of the crest of the mountain, with the public rooms, study, and master bedroom oriented west toward dramatic views. The guest bedrooms have an eastern orientation with views of the receding mountain ranges. The house is two hundred forty feet long, bisected down its length by a twelve-foot stone wall of moss rock. Entering the house, the major rooms are on the left, accessible by a gallery parallel to the wall, on the right. This area is entirely free of columns, structured in long spans by a folded plate design with ceiling heights starting at twelve feet and ascending to thirty feet. The floors, walls, and ceilings are clad in black walnut, and the exterior of local sandstone and stucco. 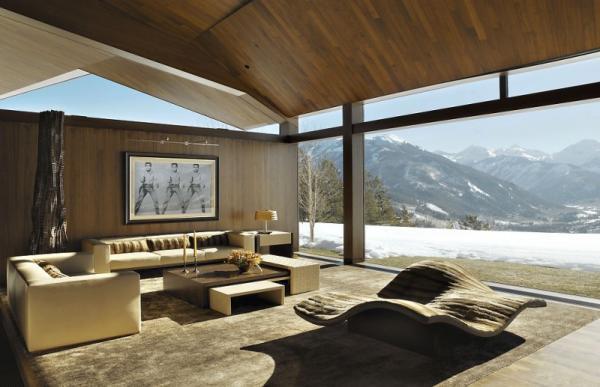 The house’s energy sources are seventy-two geo-thermal wells and a generator, meaning that it can virtually function independent of outside support services. The wells heat the driveways, pool, and house during the coldest winter months and cools during the summer without depleting any fossil fuels. 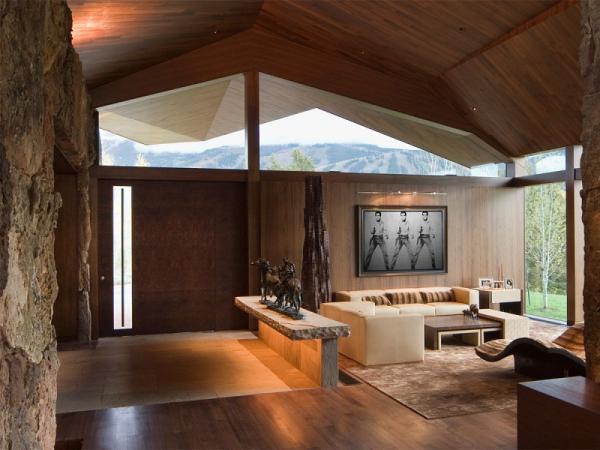 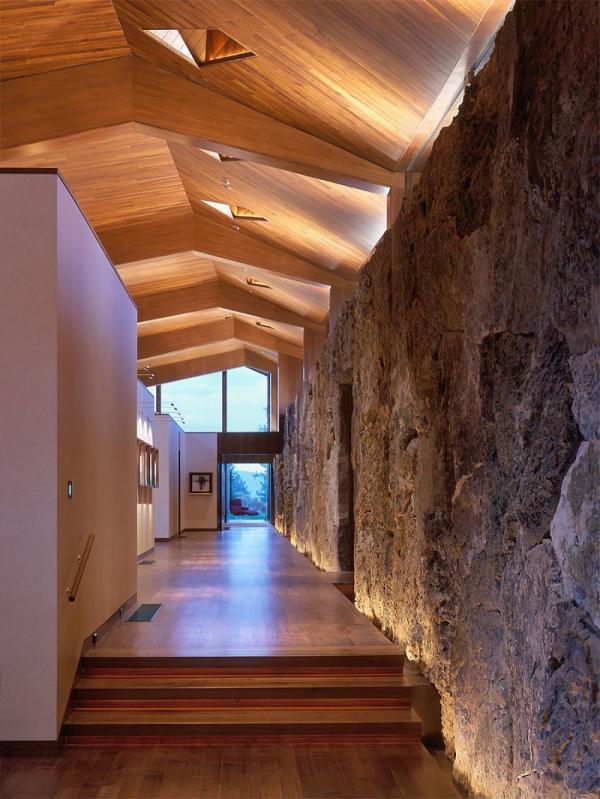 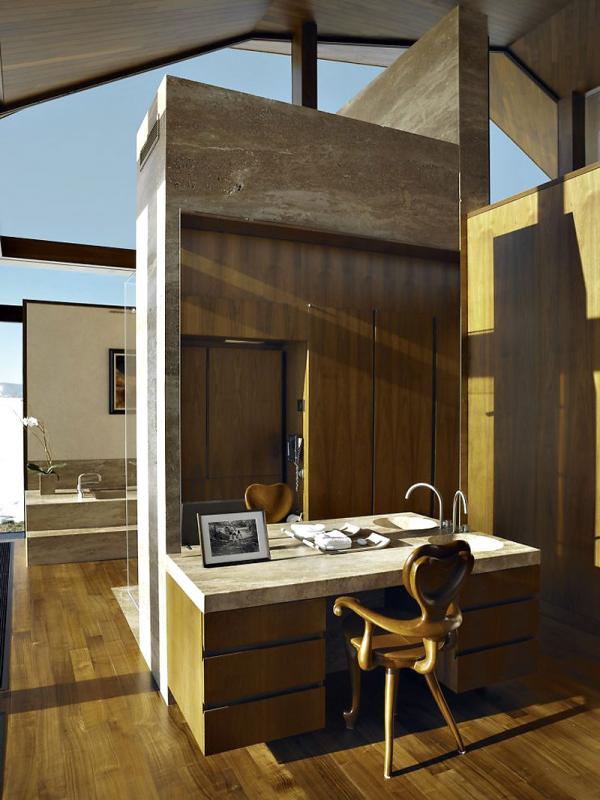 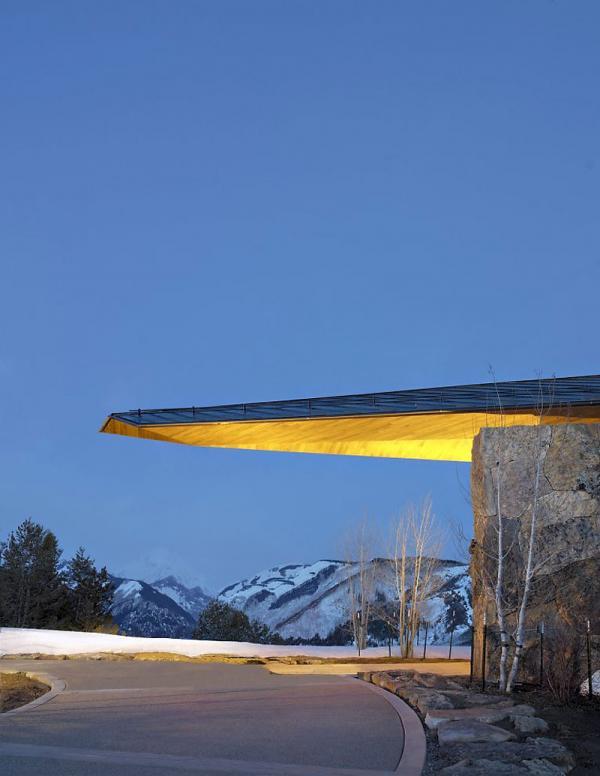 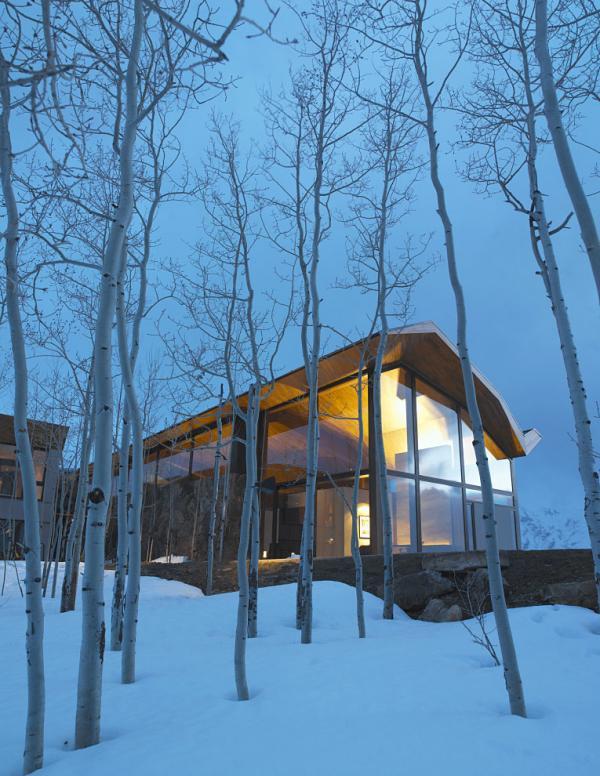 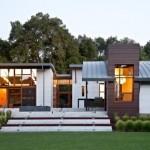 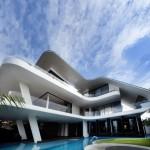