Abstract art is a generic term that describes artistic creations composed without using visual references from the surrounding world. It is considered to be the opposition of realism. Abstract art appears as semi-abstraction or pure abstraction form. Semi-abstract artwork does contain some shapes of a person or an object, but stylized and reduced; while pure abstraction is absolutely free of any such references. Purely abstract art focuses on composition of basic pictorial elements – color, form, brushstroke, pattern, volume, tone and texture. Abstract art is related to the realm of non-visual, emotional and contemplative. It is often equated with nonfigurative, nonobjective and nonrepresentational art, but these terms are not always entirely related to abstraction alone.

Elements of abstract art painting can be found within the impressionist movement, and even earlier than that, in early cubism of Pablo Picasso. He did set new foundations for modern art with his iconic painting The Young Ladies of Avignon in 1907, but it is generally considered that the era of abstraction began with the appearance of another innovative artistic figure, a Russian named Wassily Kandinsky.

Kandinsky saw visual art as a means of expression for the inner emotions of the soul, and he was very much inspired by music. Music is abstract in its essence, and Kandinsky thought that painting should be able to use visual language to convey just as intangible message. He often used musical terms to describe his purely abstract paintings, calling them “improvisations” and “compositions”.

Wassily Kandinsky formed an influential artistic group, Der Blaue Riter (the Blue Rider) in 1911 with his fellow painters who shared his views on the art. The group acted until the beginning of the World War I in 1914, seeking to depict the spiritual and promoting the abstract art and autonomous, non-representational painting. Today, Kandinsky is considered the foremost representative of lyrical abstraction and a revolutionary who enabled the acceptance of abstract art as an official style.

After the First, and especially after the Second World War, abstract art was widely accepted and it became the dominant expression of a number of individual artistic styles or movements. It had a critical impact on the development of Russian avant-garde, and Constructivism. One of the most imposing figures in Russia was Kazimir Malevich, the key figure in the suprematist movement. His White on White painting from 1918 shook the core of representation and influenced generations of artists.

Piet Mondrian is another typical representative of geometrical abstraction, belonging to the De Stijl movement. De Stijl was active between 1917 and 1931 and reduced color and form to bare essentials.

After the World War II, informalism in Europe and abstract expressionism in America gathered new generation of artists, who poured all of their pain onto the canvas, as a reaction to crisis, war or personal troubles. They brought innovative media and new use of color, coarse, tactile texture and large scales. Jean Dubuffet was one of the informalists who created in Europe, while in America, key figures of abstract expressionism were Jackson Pollock, Willem DeKooning and Mark Rothko.

Twenty-first century is the age of pluralism, where no coherent styles are present, and everything is happening simultaneously. Computerised art, hard-edge painting, number of realisms, abstraction, minimal – this is only a small group of styles coexisting today and each has their traffic market. A number of younger, living artists still creates continuing abstract art styles emerged in the previous century, developing the transcendental and the contemplative nature of the non-representational expression. 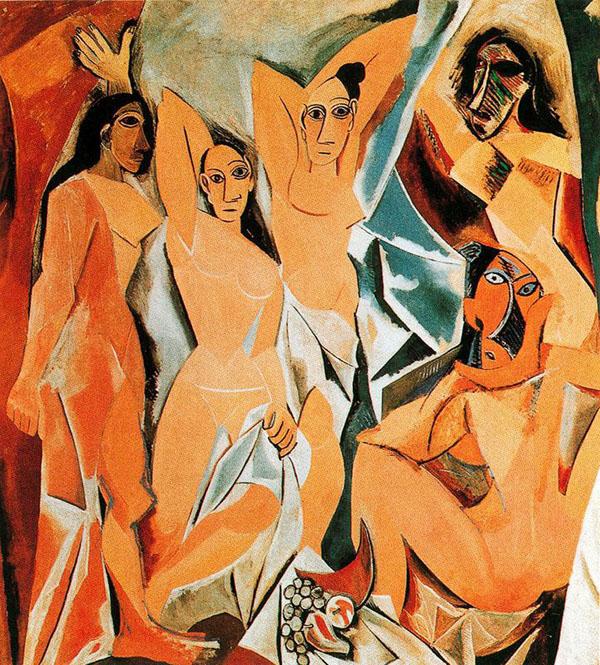 Perhaps the most revolutionary painting in modern art. It deconstructed all the accepted aesthetic rules, offended and shocked purists by portraying prostitutes, and single-handedly changed the course of art into a more abstract field. It is considered the first painting of Cubism. 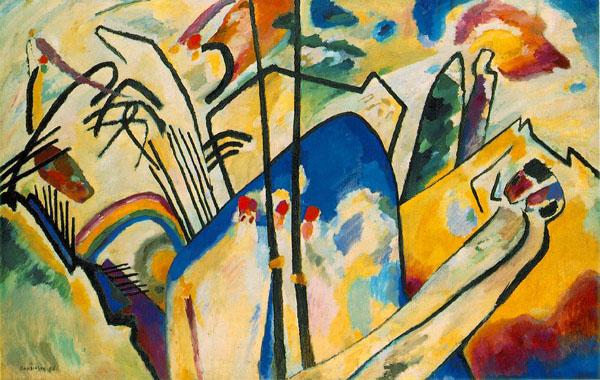 A perfect example of lyrical abstraction. An anecdote says that Kandinsky only thought he had finished the painting once his assistant accidentally turned it to its side – the change of perspective changed the overall impression of the piece. 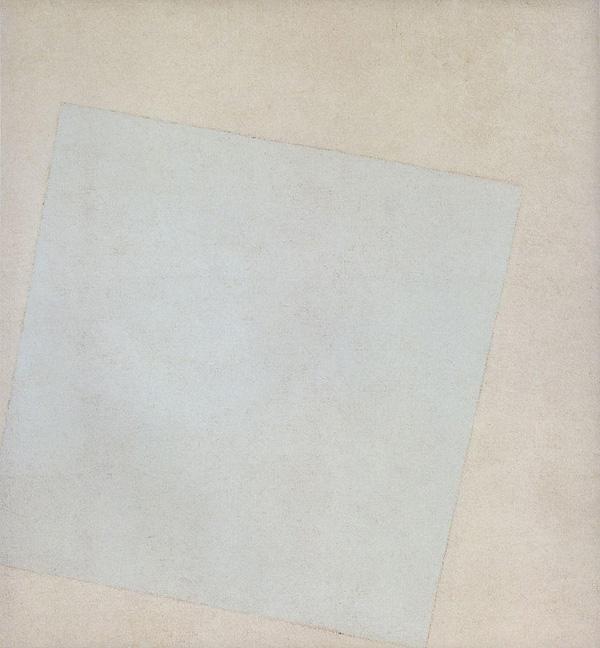 Supportive of Russian Revolution, Malevich sought to find an expression which would be founded on the immaterial. He studied aerial photography, and the upper white square should appear floating above the lower one. The humanity of this purified work is found in visible brushstrokes and geometric imperfection.
This is one of the most revolutionary suprematist paintings in abstract art to this day. 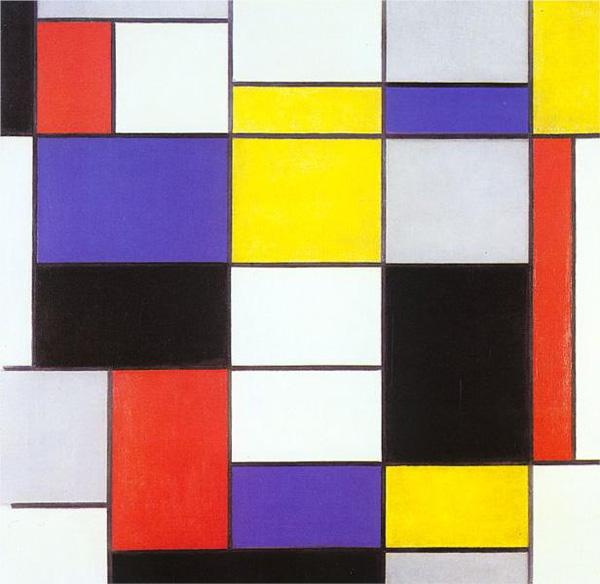 Neoplasticism of Piet Mondrian reduces all form to basic square or rectangle, and colors to the basic palette. His bold black lines form perfect composition, while the work deals with pure contrasts and relation between visual elements. 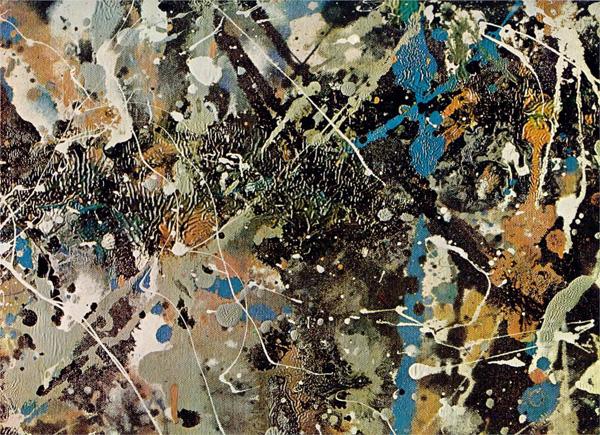 A troubled individual and a fantastic painter, who introduced the new “dripping” technique into art. This method became synonymous of his persona, as he dripped the color all over huge canvases laid on the ground. 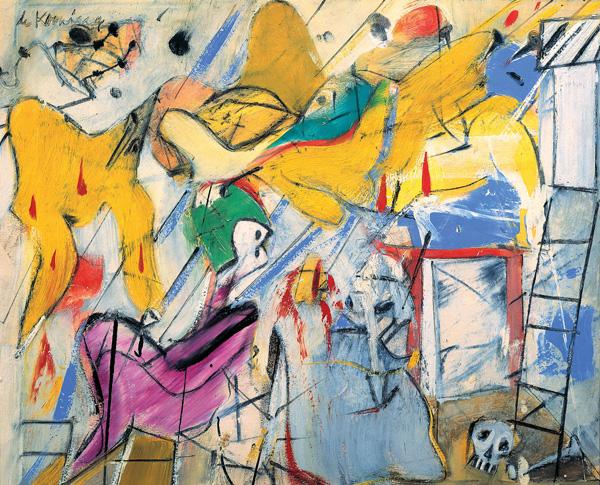 De Kooning’s abstraction was rather expressive, and never pure. It does contain some macabre and figurative elements, while the overall impression is very emotional, turbulent and overwhelming. 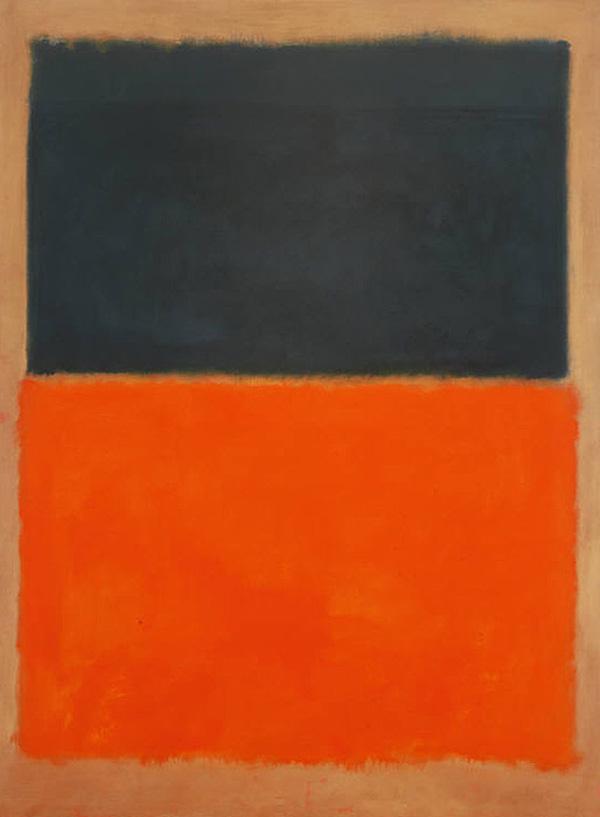 A paradigm of an abstract artwork. Rothko always saw himself as an “abstract painter” above all, and he was a pioneer in colored field style of abstraction. 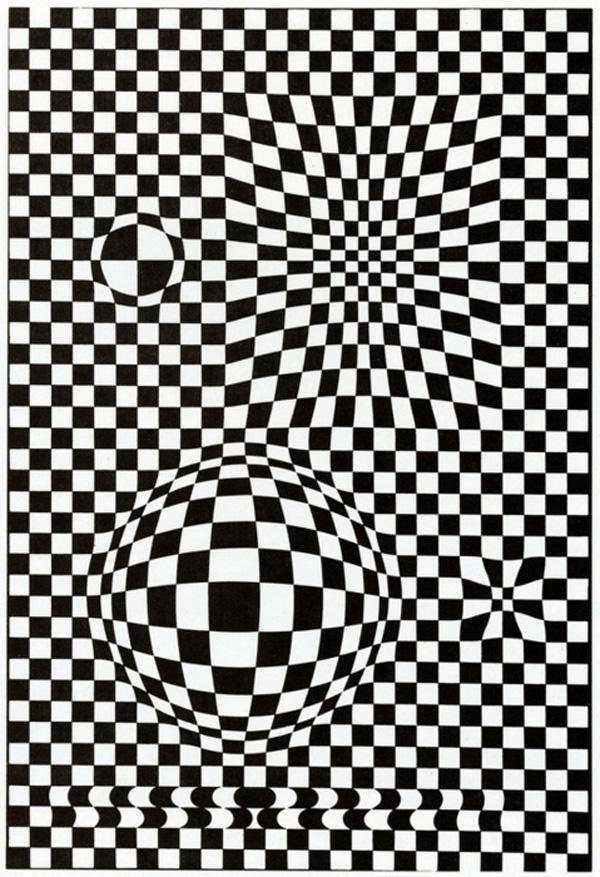 Vasarely was one of the best representatives of Op Art, which was founded on abstraction, but employed optical illusion as the primary expressive element. His compositions are often black and white, playing with the eye, through a complicated juxtaposition of simplest elements. 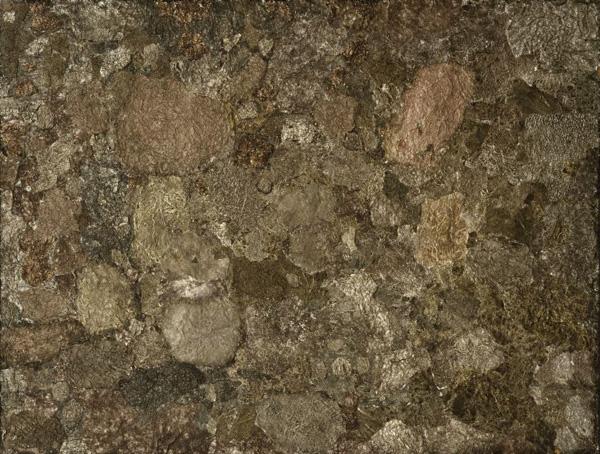 As many disappointed artists in Europe after the WWII, Dubuffet parted with representation. This painting is a great example of his exploration of textured surface, which resembles mineral deposits. Abandoning figurative painting, he wanted to evoke the pure matter, investigating texture all through the 1950’s. 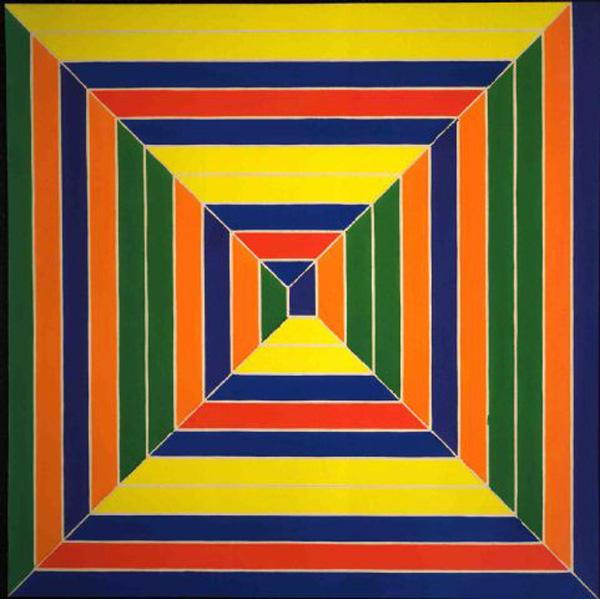 Geometric abstraction of Frank Stella minimized form and explored pure color. He began experimenting with printmaking in the 1960’s, and this work traces that trend. 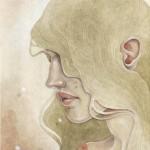 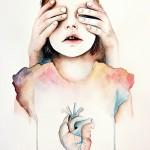 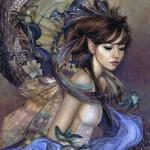