A star is a non-convex five-pointed polygon which looks like a star. In modern world, two types of stars are widely used as an idea of star tattoo – Pentagram and Nautical Stars, which stand for hope, goals, protection, safe. In this post, I collected 25 awesome Star tattoo designs and explored their symbolic meanings for which people love them.

As stars used to be utilized as navigation at night, Sailors would then ink nautical stars on them because they relied on the stars to take them to the right direction and they hoped their star tattoos would bring safety all their way.

Nowadays people love star tattoos maybe for different reasons other than their symbolic meanings, e.g., shooting stars, stars with other shapes. They may love star tattoos for their beauty. Shooting stars may capture a moment that left a lasting impression, a short romance, special event, anything that may have changed the one’s life. 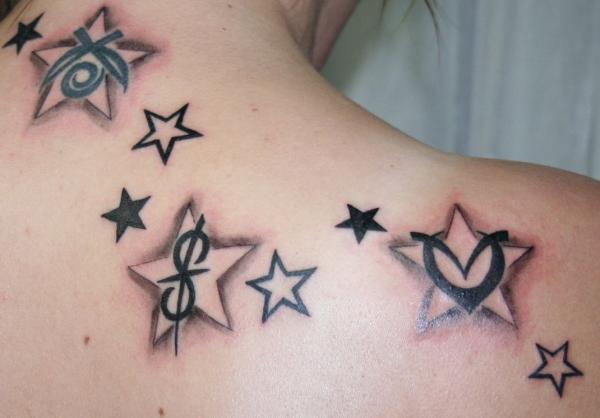 Stars up back Tattoo 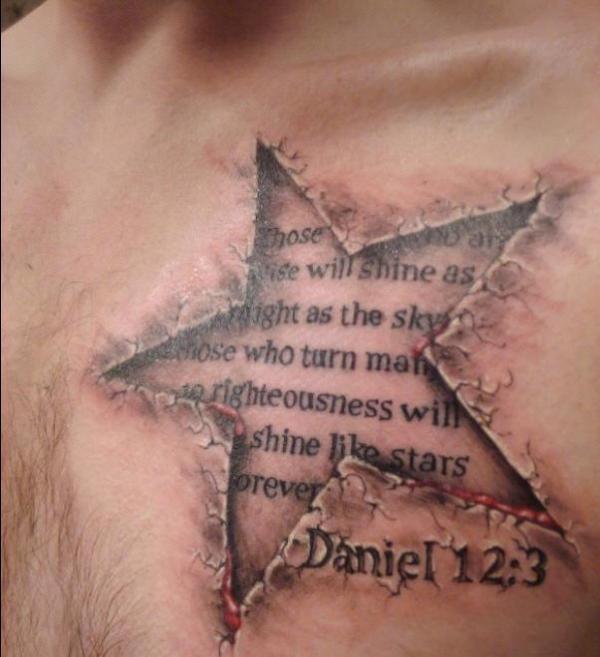 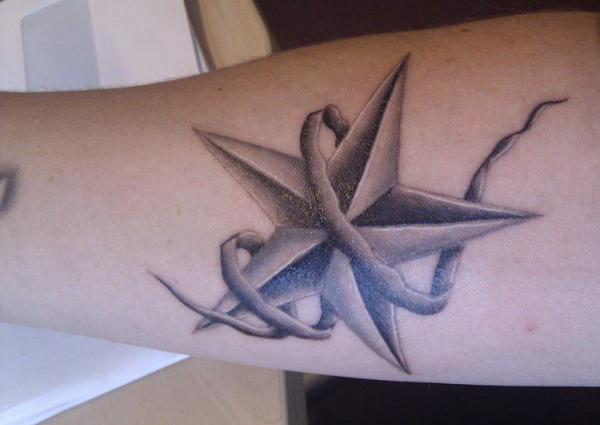 The nautical star is a symbolic star associated with the sea services of the United States armed forces and with tattoo culture. It’s proud to have the experience with the unique witness. 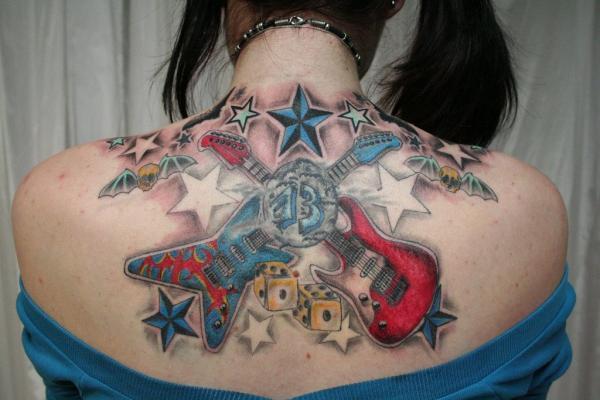 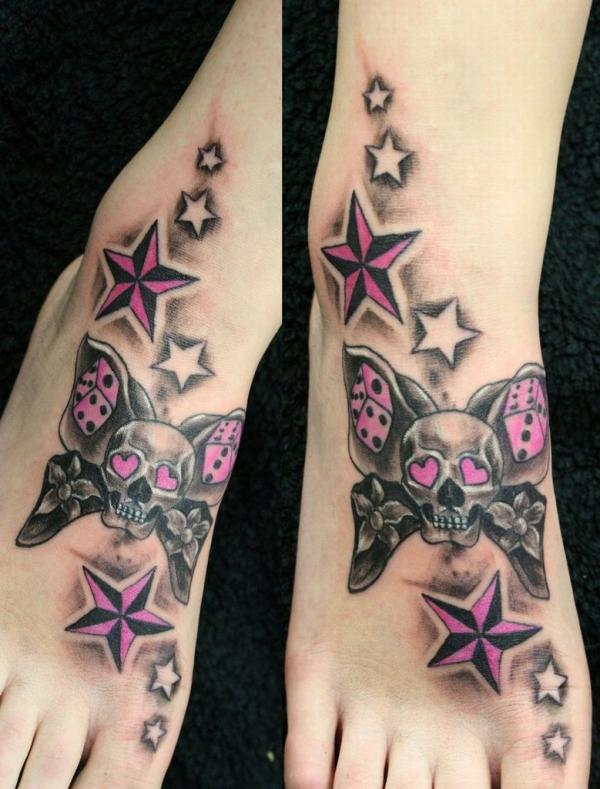 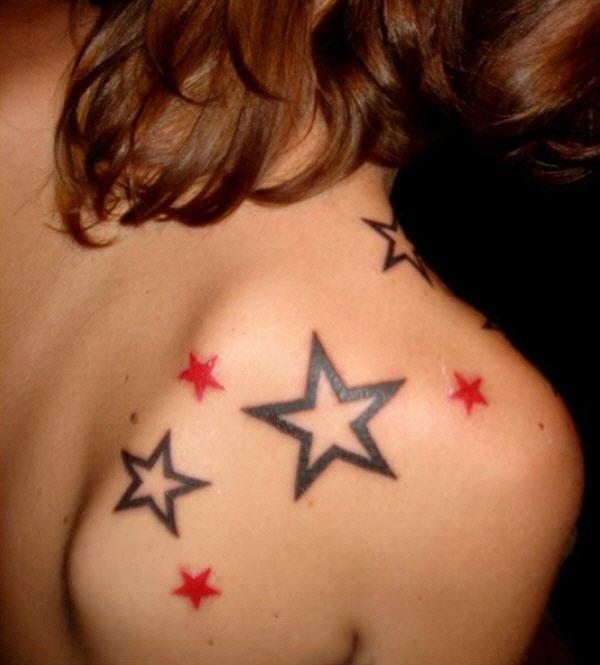 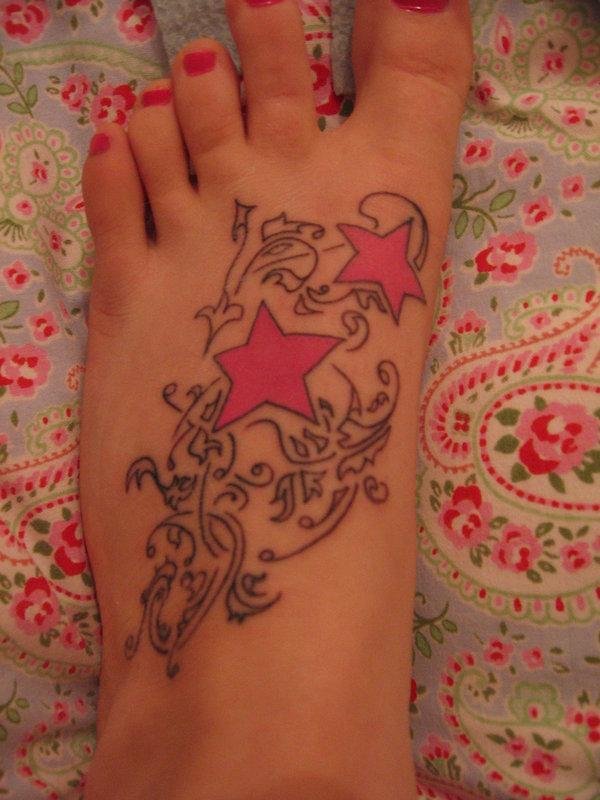 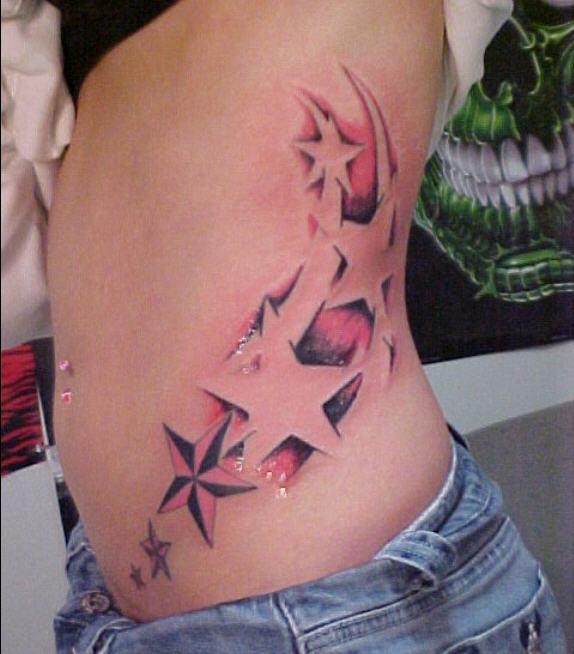 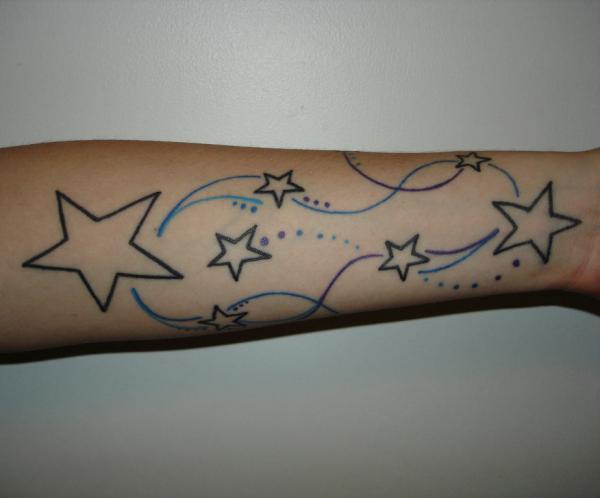 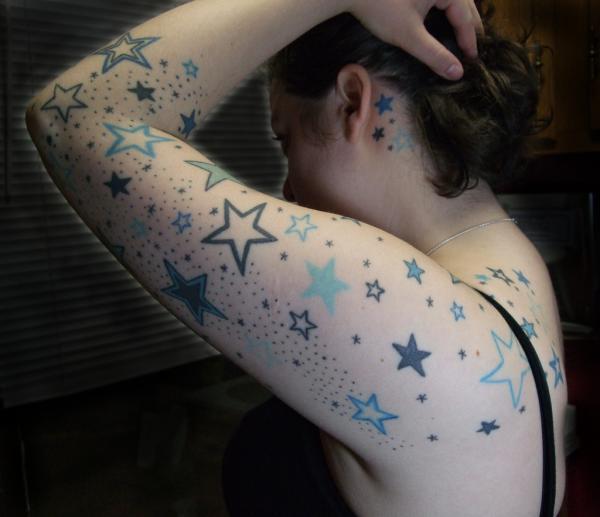 Stars sleeve and back tattoo 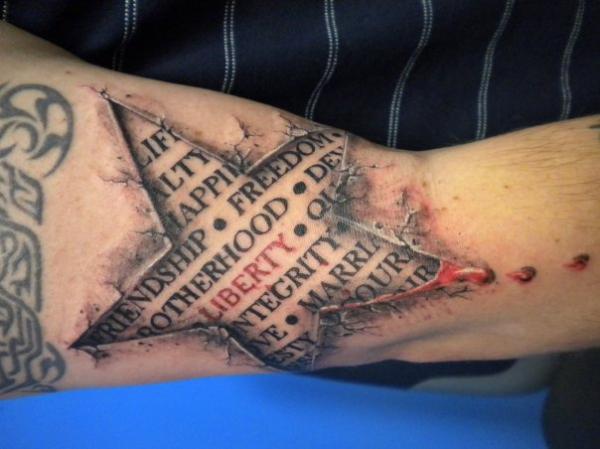 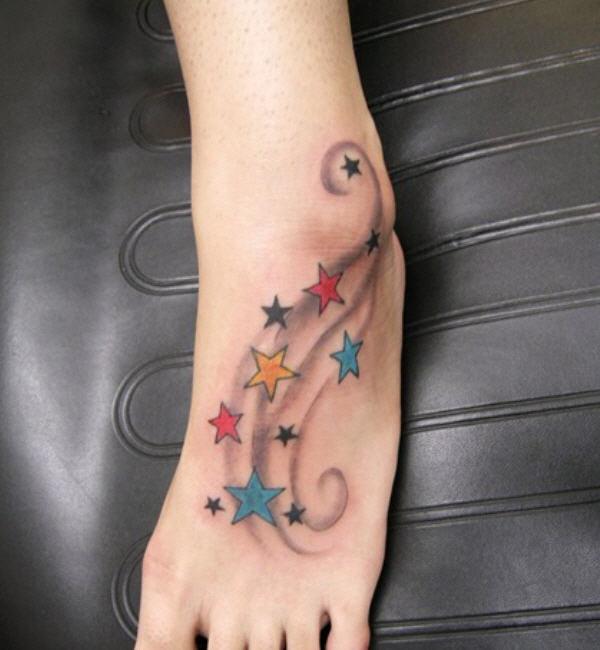 This tattoo depicts a picture of colorful stars in swirl of music. 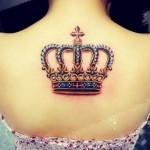 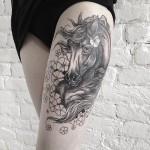